Nude
art from the Tate collection

See it in the flesh only at Art Gallery of NSW William Strang, ‘The temptation’ 1899 (detail)

See it in the flesh only at Art Gallery of NSW John Currin, ‘Honeymoon nude’ 1998 (detail)

See it in the flesh only at Art Gallery of NSW Sylvia Sleigh, ‘Paul Rosano reclining’ 1974 (detail)

See it in the flesh only at Art Gallery of NSW Pablo Picasso, ‘Nude woman in a red armchair (Femme nue dans un fauteuil rouge)’ 1932 (detail)

It is one of art’s oldest subjects – and often its most controversial.

In a partnership between Tate, London and the Art Gallery of NSW in Sydney, Nude: art from the Tate collection presents over 100 major representations of the nude, including paintings, sculptures, photographs and prints by renowned artists such as Pablo Picasso, Lucian Freud, Henri Matisse, Louise Bourgeois, Marlene Dumas and Sarah Lucas.

Each artist in the exhibition offers a different way of looking at the naked human body. Some look tenderly; some idealise it; some look anxiously or politically. Together they show how the nude in art has persisted yet changed, shifting shape and acquiring new meanings in the hands of successive generations, from the idealising painters of the Victorian era to the artist-provocateurs of our time.

Nude: art from the Tate collection is a spectacular tour through many major art movements, including romanticism, cubism, expressionism, realism, surrealism and feminism. It is also a story of beauty, truth, desire, vulnerability and human drama.

The presentation of this exhibition is a collaboration between Tate and the Art Gallery of NSW, and part of the 2016-17 Sydney International Art Series. 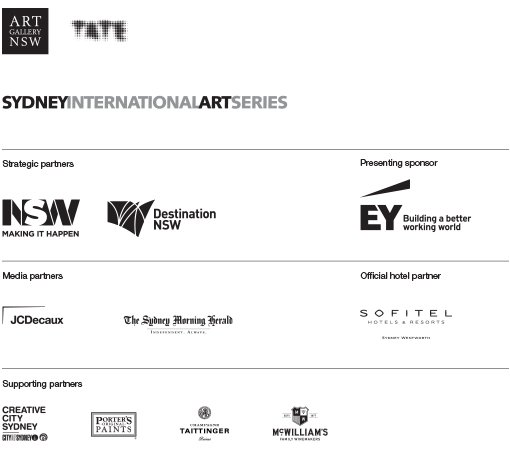 See Tatsuo Miyajima at MCA as well as Nude and save!
$37 adult
$30 concession/member/child
$94 family