Signs and symbols to live by 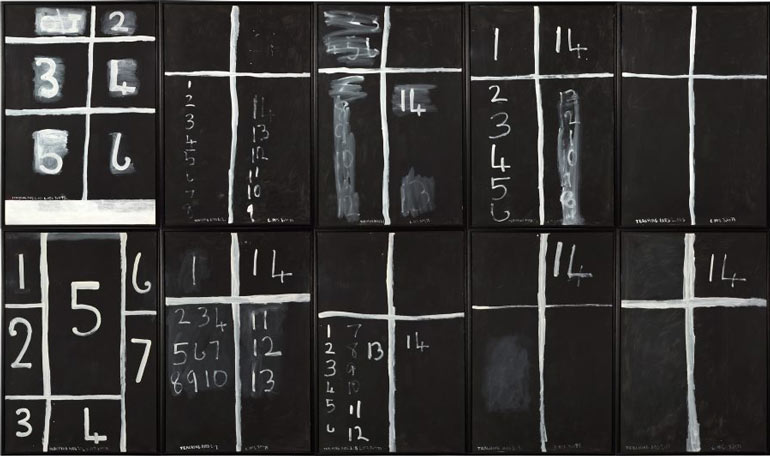 Once the painter was making signs and symbols for people to live by: now he makes things to hang on walls at exhibitions.

New Zealand painter Colin McCahon wanted art to possess the moral force and spiritual urgency that he admired in the historical art of churches. But he also knew that modern artists had to confront new doubts and uncertainties. In the 20th century, could art still offer signs and symbols to live by?

The artists in this exhibition all respond to this question in different ways.

Alongside Teaching aids 2 (July) by McCahon are works by Australian and New Zealand artists – Richard Bell, Shane Cotton, Rosalie Gascoigne, Brent Harris and Imants Tillers – who have been inspired by his use of words and numbers to communicate ‘a message which can burn’.

Similarly epic and ambitious works by European and American artists, including Anselm Kiefer, Cy Twombly and Philip Guston, are also on display. Reaching into art’s past for forms that speak to the present, these painters confront and counter what Guston, echoing McCahon, called ‘the loss of faith in the known image and symbol’.