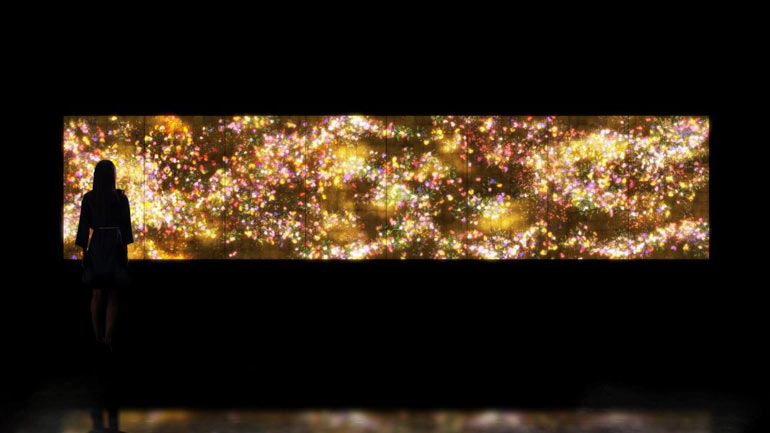 Bask in and interact with Japanese art exploring time and light through video, photography, sound and installation from the 1990s to now.

Creative collective teamLab’s glittering Flowers and People – Gold 2015 is shown at the Gallery for the first time. Each interaction with this immersive work is unique as flowers bloom and fade in response to the presence of viewers.

Another recent acquisition on display is Yasumasa Morimura’s Las meninas reborn in the night 2013, a series of eight sumptuous photographs taken over the course of a night at the Prado Museum. The images recreate moments from the famous 1656 painting Las meninas by Diego Velázquez – with Morimura playing all roles including Velázquez.

Also on display are collection favourites such as Akio Makigawa’s bronze and onyx installation Garden of desire V 1995 and Tatsuo Miyajima’s eternally counting Region no 126701 – 127000 1991.

Note: the exhibition will close 14 May 2017 rather than 21 May as previously advertised. The Gallery apologises for any inconvenience.