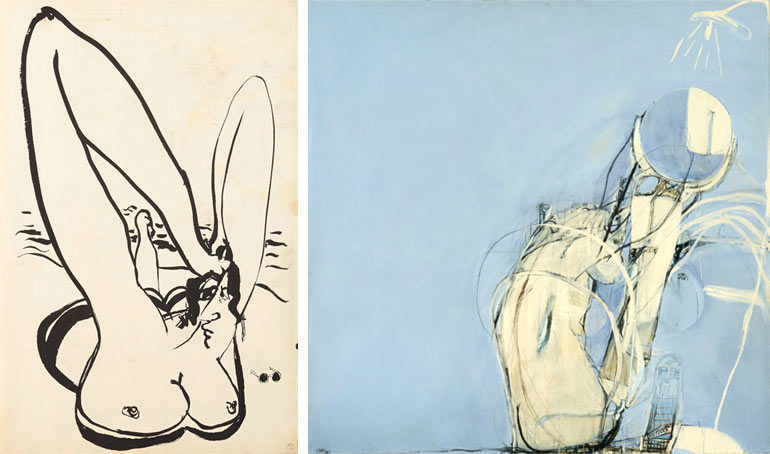 Most men, and certainly all artists, even if many never get around to actually painting it, carry in their heads the great nude.

After shifting away from the abstractions that had brought him critical acclaim, Brett Whiteley began painting nudes in the early 1960s. His first nude drawings and paintings were of Wendy Whiteley, whom he married in London in 1962.

While in the UK, he also visited the studio of William Scott where he saw a reproduction of Pierre Bonnard’s Nude in the bath 1925. The original, held by Tate, is part of the exhibition Nude: art from the Tate collection at the Art Gallery of NSW.