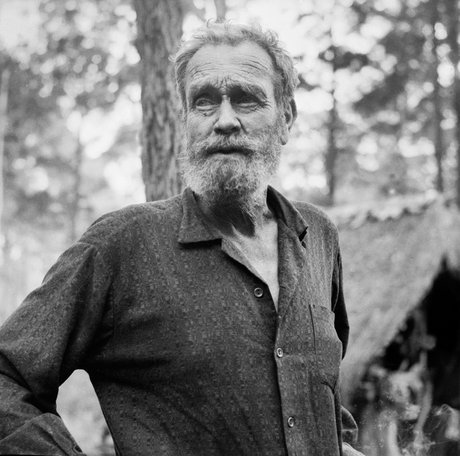 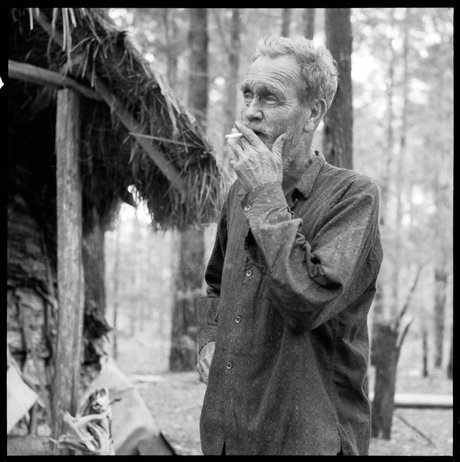 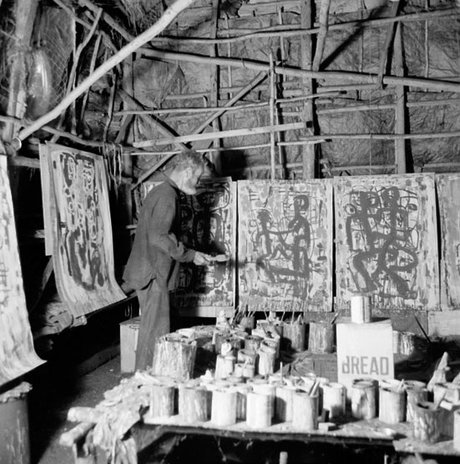 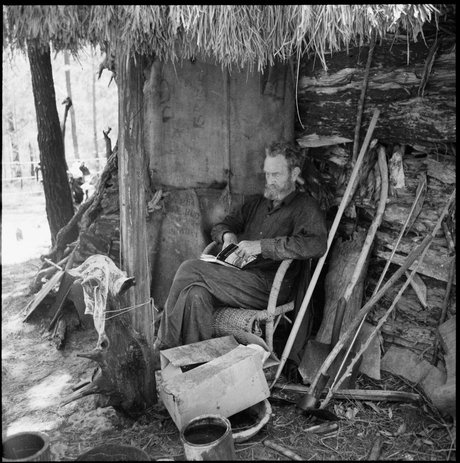 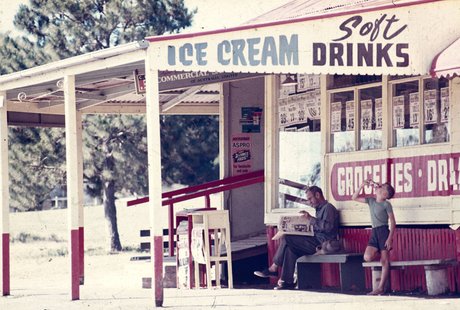 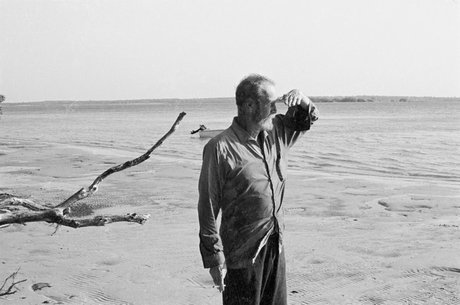 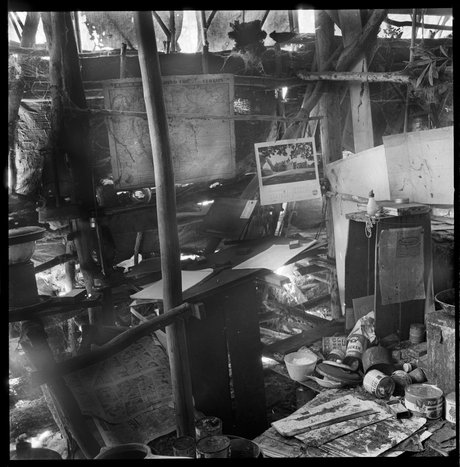 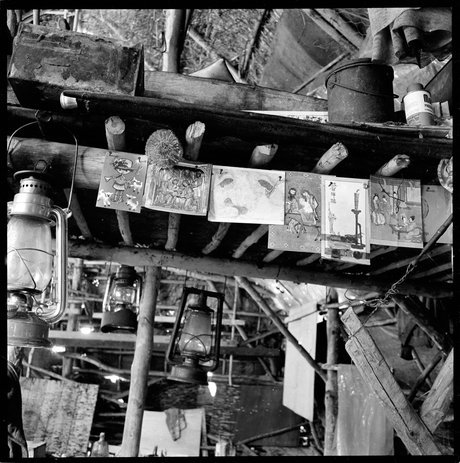 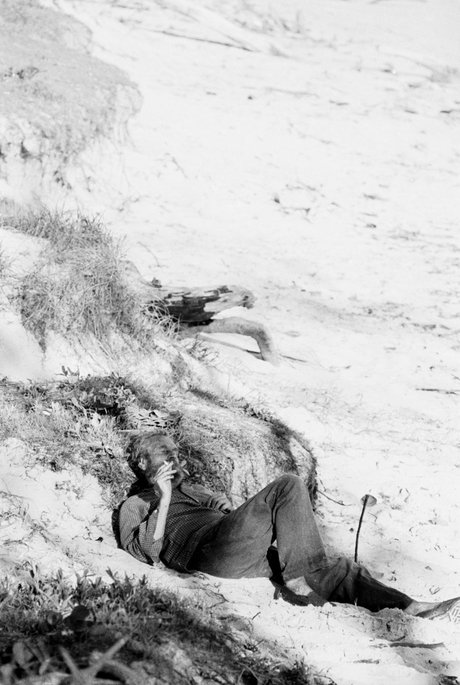 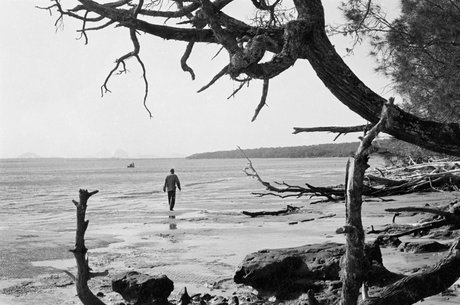 A reclusive individual, Ian Fairweather took the theme of people as his recurring subject, sourcing inspiration from southeast Asian cultures, cubism, abstraction and Aboriginal art, to produce layered calligraphic compositions, often verging on the abstract. His work was governed by a constant exploration and refinement of visual language that was almost a religious meditation on memory. Painting, he observed in 1963, 'gives me the same kind of satisfaction that religion, I imagine, gives to some people.’

Following schooling in Britain and Switzerland, Fairweather served as a second lieutenant during the First World War. He was captured and interned in a German POW camp where he passed the time learning to draw. Returning to the Hague after the armistice in 1918, he took up a four-year course of study at the Slade School in London under Henry Tonks, while spending his evenings learning Japanese and Chinese at the School of Oriental Studies at the University of London, which led him to question the primacy of the western visual tradition.

During the 1930s and 40s Fairweather lived a nomadic existence, travelling extensively in Canada, China, Indonesia and Australia. In 1934 he exhibited at Cynthia Reed’s gallery in Melbourne, before spending two years in China living in poverty, painting and undertaking lessons in calligraphy and Mandarin. His impoverished condition meant he had to improvise with painting materials, leading him to experiment with Chinese chalks. In Beijing Fairweather conceived Tea garden, Peking ca.1936, which displays an intriguing fusion of his Slade School training in figurative drawing and the creative possibilities of calligraphy. Lines swell and arc through the composition to reveal a central motif of mother and child, a recurrent theme in his work. Pulled into a unity through broad, chalky brushwork and textures, the painting’s complex but harmonious composition is enhanced through its joyous celebration of colour and the tactile qualities of paint.

By 1938 Fairweather returned to Australia and was living among the local Aboriginal community near Cairns, where he turned from oil paintings to using gouache, often painting on fragile surfaces, as revealed in Nutmeg sifters circa 1941, a delicate watercolour and gouache painted on thin cream tissue. Drawn with economy and speed, the painting features his recognizable mother and child motif and is infused with a sense of meditative calm generated by the intense concentration of the figures engaged in repetitive work.

During the Second World War, Fairweather was stationed in India at an Italian POW camp; however, he continued to exhibit works in London where he became widely recognized, with his paintings acquired by the Tate Gallery. From 1949 he also regularly exhibited at Macquarie Galleries in Sydney, where his work impacted local artists. A turning point in Fairweather’s life and work occurred in 1952 when he undertook a sixteen-day journey by raft from Darwin to Roti, Indonesia, during which he nearly perished. Held by Indonesian authorities for three months, he was deported to Singapore and then to England, where he dug ditches to raise money to return to Australia, settling on Bribie Island off the coast of Queensland.

On Bribie Island Fairweather built a thatched hut and, living as a hermit, continued to paint until his death in 1974, producing some of the most significant works of his idiosyncratic career. Dominated by an increasing abstraction, his paintings nonetheless remained an amalgam of European, Asian and Aboriginal influences, exemplified in master works such as Roi soleil 1956-57, in which the central figure of a boy king reverberates through successive compositional layers, and Anak Bayan 1957, a memorial streetscape referencing the crowded city of Manila where the artist spent some time in the 1930s.

Fairweather’s work was included in the exhibition Australian Painting Today at the Tate Gallery and was selected to represent Australia at the Bienale de São Paulo in 1963. His distinctive layerings of gesture and colour enfold a search for existence channeled through an obsessive aesthetic meditation that haunted his entire career. As summed up by Fairweather in 1963:

Painting to me is something of a tightrope act; it is between representation and the other thing – whatever that is. It is difficult to keep one’s balance.

Other works by Ian Fairweather