Ngak Ngak, from the portfolio Crossroads 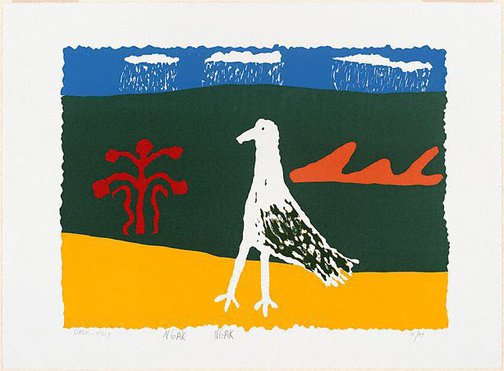 The white-breasted sea eagle, ngak ngak, is often shown singly or as a repeated image in Ginger's work; he acts as sentinel looking around Ginger's mother's country.

Ginger believes his country is inhabited by totemic beings, in the form of snakes, birds, and ancestral people. Past and present integrate. The ceremonies, as they are performed and explained, establiseh his kinship with this country.

Ginger treats his totems, in the western sense, as heraldic devices. His stories are his own, but the written interpretation is ours.

[extract from "Crossroads - A Portfolio of Australian Aboriginal Artists"] 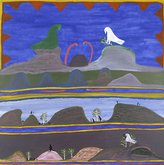 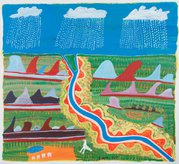