(Interior of a ruined church, France) 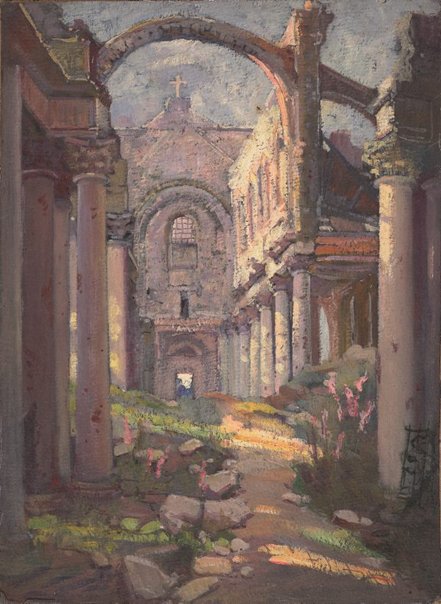 The colonnaded remains of this once majestic church are awash with a warm diffused light. Layers of pale yellow, brilliant white and vivid green are brushed across stoney greys, to striking effect. Despite the desolation of the scene, Chapman's essential optimism is imbued in this luminous work.

oil? on grey card on board