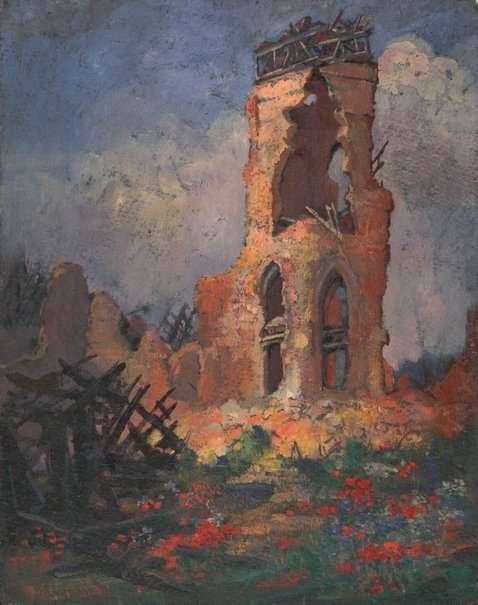 In a photograph taken of Chapman at Villers-Bretonneux in 1919, we see the artist seated amid the ruins of the church depicted in this painting. Despite the desolation of the landscape, the artist imbues a sense of optimism into the work, with its sunlit vista dotted with brilliant red poppies, thereby evoking hope, regeneration and life in a post-war world.