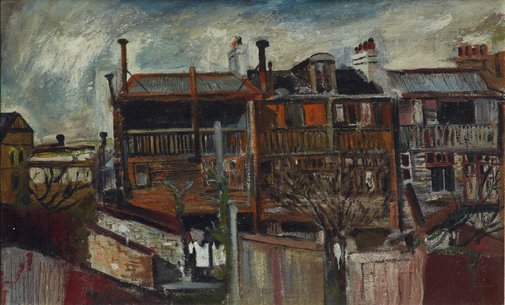 As a young artist, Whiteley often depicted the streets and buildings of Sydney, where he lived and worked, influenced by the palette and forms of the paintings of Australian artists Lloyd Rees, William Dobell, Sali Herman and Russell Drysdale. '(Terrace houses)' is certainly reminiscent of the cityscapes of Sali Herman which the young Whiteley saw in the collection of the AGNSW, and shows his growing confidence in the handling of shape, colour and texture.