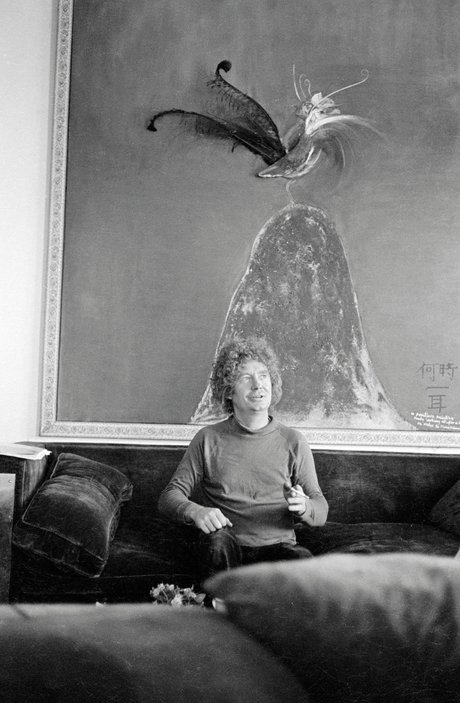 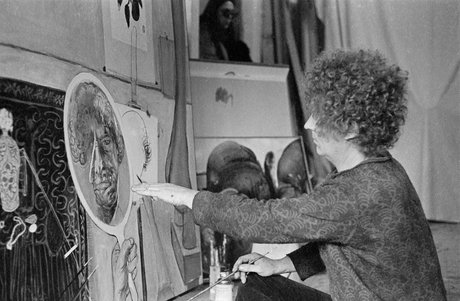 Brett Whiteley is one of Australia’s most celebrated artists. He won the Art Gallery of NSW Archibald, Wynne and Sulman prizes several times, and his artistic career was bolstered by his celebrity status in Australia and overseas. He worked across painting, sculpture and the graphic arts, and is best known for his sensual and lyrical paintings of interiors, nudes and harbour scenes.

Born in Sydney, Whiteley was sent to boarding school in Bathurst in 1948. Returning to Sydney in 1956, he starting working as a commercial artist in the studio of the Lintas Advertising Agency in Sydney, began life-drawing classes at the Julian Ashton Art School and occasionally joined John Santry’s sketch club, through which he came to know the Australian landscape painter Lloyd Rees, who was a strong influence. On weekends Whiteley painted around the New South Wales country towns of Bathurst, Hill End and Sofala, producing works such as Sofala 1958. In 1959 he was awarded the Italian Government Travelling Art Scholarship, which was judged by Australian artist Russell Drysdale at the Art Gallery of NSW. Whiteley remained in Europe for the next decade, exhibiting his work regularly in group exhibitions in London, Paris, Amsterdam and Berlin and establishing an international reputation. He also spent time in the USA – staying at New York’s Chelsea Hotel, where he associated with counter-culture celebrities such as musicians Janis Joplin and Bob Dylan – and in Fiji.

Back in Sydney at the end of 1969, Whiteley moved to Lavender Bay and became involved in the Yellow House artists’ collective in Kings Cross. His work became highly desired by collectors, especially his large-scale, brilliantly-coloured interiors and landscapes strongly influenced by French artist Henri Matisse – such as Big orange sunset 1974 and Self portrait in the studio 1976. In 1976 he won both the Archibald Prize for portraiture and the Sulman Prize for genre painting and, the following year, the Wynne Prize for landscape. He won all three prizes in 1978 (the first artist to do so) and the Wynne a third time in 1984. In 1991 he was awarded an Order of Australia.

Whiteley’s art was intimately connected to his tumultuous, creative life. From the late 1970s, his self-portraits – such as Art, life and the other thing 1978 – began to trace his heroin addiction, which increasingly impacted his life and career. Whiteley died of a methadone overdose in Thirroul on the New South Wales south coast in 1992. His last studio and home in Sydney’s Surry Hills is now a museum managed by the Art Gallery of New South Wales.

Other works by Brett Whiteley