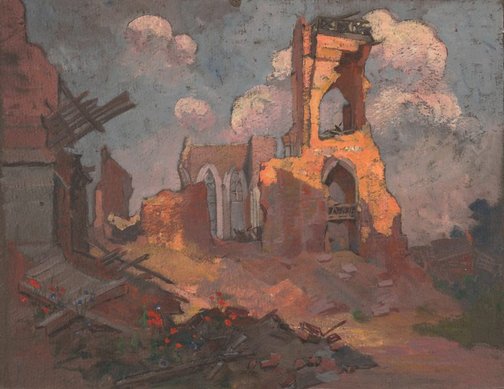 In a photograph taken of Chapman at Villers-Bretonneux in 1919, we see the artist seated amid the ruins of the church depicted in this unfinished painting. On her easel is a view of the landscape before her - a second variation now in the Australian War Memorial collection - and on her lap rests a wooden paint box, which now resides in the Gallery's artists' materials archvies.