(Emperor Antoku and his nurse) 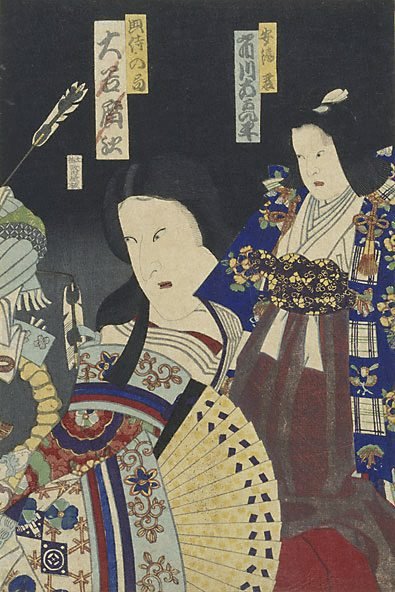 This image might be part of triptych or diptych.

Produced in the mid to late 19th century, the period often referred to as the 'decadent' period of ukiyo-e; the subject matter reflects the feeling of unrest in Japan when the Shogunate Government was losing its grip on the rising powers of merchants & progressive regions. The subtlety of the pleasure seeking 'floating world' of earlier times gave way to depictions of emotional drama or violence taken from historical battles, stories of heroic deeds & the kabuki theatre. This period also produced intimate images of ordinary women in a manner which suggests an influence of Western paintings.