Yashio, from the series ‘One hundred roles of [Onoe] Baikō’ 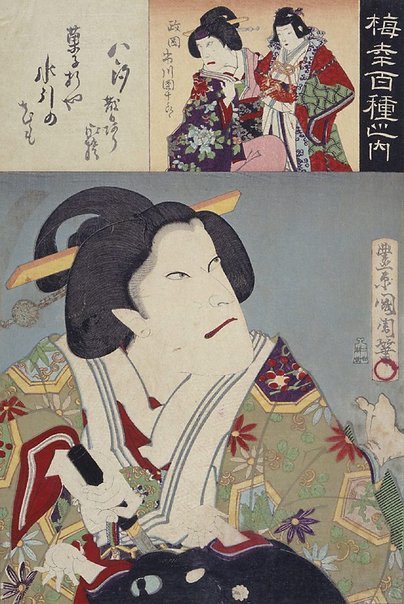 Produced in the mid to late 19th century, the period often referred to as the 'decadent' period of ukiyo-e; the subject matter reflect the feeling of unrest in Japan when the Shogunate Government was losing its grip on the rising powers of merchants & progressive regions. The subtlety of the pleasure seeking 'floating world' of earlier times gave way to depictions of emotional drama or violence taken from historical battles, stories of heroic deeds & the kabuki theatre.

Toyohara Kunichika
Yashio, from the series ‘One hundred roles of [Onoe] Baikō’