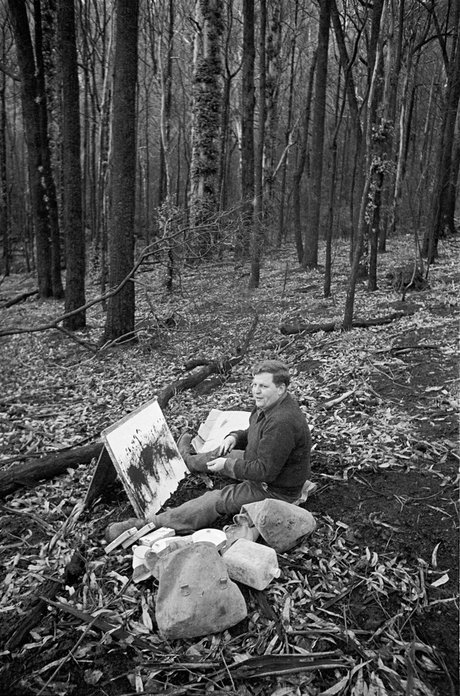 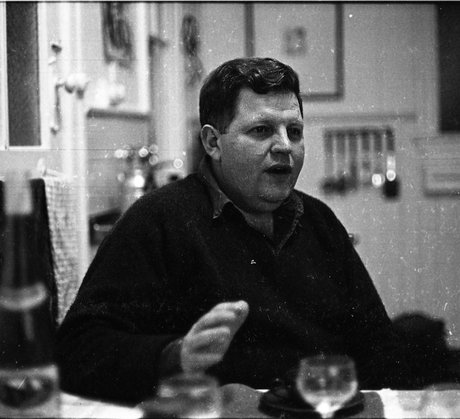 Fred Williams was a painter and printmaker whose distinctive vision altered the way many Australians envisage the landscape. He approached his subject matter as a stimulus for formal invention and said he strove to depict the underlying bones rather than the surface skin of the Australian continent. Williams had an extensive knowledge of Western art and strove to link his Australian work to these broader traditions.

Following study at the National Gallery Art School in Melbourne and private classes at the George Bell Art School in the 1940s, Williams travelled to London in 1951. Inspired by street life and music halls he encountered there, Williams produced a number of etchings of figure subjects, which reflect the influence of Walter Sickert and Honoré Daumier. Through frequent museum visits, he became familiar with European modern and contemporary art, absorbing in particular the work of Cezanne, Matisse, and the Cubists, which fueled his constant search for formal innovation.

Returning to Australia in 1957, Williams was confronted by the light, scale and harsh beauty of the Australian environment, which inspired him to focus on painting the landscape. He began to create images exploring the symmetry and spatial ambiguities of stands of eucalypt saplings, resulting in an increasingly abstracted series of watercolours, paintings and prints of trees in the Dandenong Ranges east of Melbourne, exemplified in Sherbrooke Forest 1961.

Williams evolved an individual approach whereby he reduced forms to a series of abstract motifs, notably in his You Yangs landscapes. He first visited the You Yangs, the landscape of granite ridges situated between Melbourne and Geelong in Victoria, in the winter of 1962. Working in situ, he painted his observations in watercolour, developing these studies in his studio into a series of radically abstracted paintings. You Yangs landscape 1963 epitomises Williams’s distinct vision of the landscape that combines a feel for its vast expanse with reduced geometric forms. The picture plane is tilted and imaged as an unstructured space, where gestural abstract markings and dotted areas of intricate paint work are used to invoke the landscape’s scattering of trees, rocks and fencing in abbreviated form.

During the 1970s Williams became interested in rivers and seascapes, and experimented with a strip format that grew out of his observation of the landscape in relation to the horizon. In 1979 he visited the Lal Lal Falls to the west of Melbourne near Ballarat, painting Waterfall polyptych 1979, which re-invents the monumental dark indigo form and spectacular scale of the waterfall to evoke his subject as a miraculous element in the rocky landscape. As in other paintings from Williams’ waterfall series, key influences came from Cézanne’s late paintings of the quarry at Bibémus and from Australian art history, particularly Eugene von Guérard’s Waterfall, Strath Creek 1862.

In 1977 Williams was the first Australian artist to hold a solo exhibition at the Museum of Modern Art in New York. Working within the dominant Australian landscape genre, he developed the heritage of late 19th-century Australian Impressionism and modernised it. In the trajectory of 20th-century Australian modernism he positioned himself as ‘a link between Nolan and Drysdale: Nolan the irrational, Drysdale the formal’.

Other works by Fred Williams