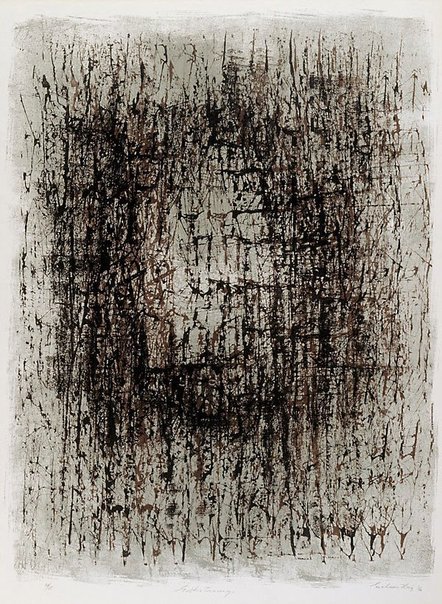 Grahame King was born in Melbourne and studied at the National Gallery School, Melbourne and with George Bell. He was trained as a lithographer, designer and photo-litho colour etcher. He spent four years in Europe, and studied at the Central School, London where he met his future wife Inge King, the sculptor. On his return he settled at Warrandyte, Victoria. In 1965 he helped establish the Print Council of Australia with Ursula Hoff and Udo Sellbach. 'Gothic tracery 1' (two-colour lithograph) and 'Gothic tracery 2' (three colour lithograph) were first exhibited at the Argus Gallery, Melbourne in 1962 ('Grahame King prints, Inge King sculpture'). 'Gothic tracery 1' was exhibited in the Gallery's 1963-64 national touring exhibition 'Australian print survey' (44), and was printed by the artist from three zinc plates on his press at Warrandyte.

Browse other works by Grahame King 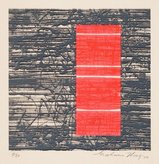