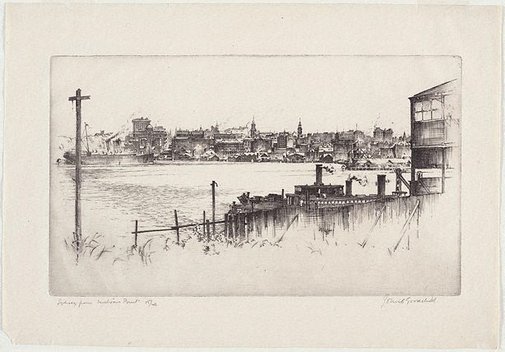 Goodchild tended to work mostly in his studio from drawings although later he sometimes worked directly onto his plates in the presence of his subject. His most concentrated period of etching was in Australia between 1922 and 1925, when he made at least fifty prints of landscape and architectural subjects in Adelaide and Sydney.

Returning to London in 1926 Goodchild taught at the Central School while continuing his studies in printmaking, including
lithography and engraving.

Browse other works by John Goodchild 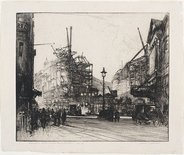