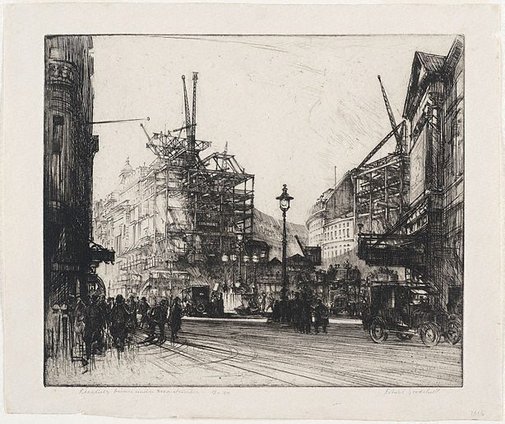 John Goodchild was born in London and returned from Australia to study at the Central School of Arts and Crafts in 1921, also teaching in London during his second visit there 1928–29. The artist is better-known as an etcher and watercolourist in his native city of Adelaide – on the subject of which he produced three books of drawings: 'Adelaide in pen and ink' (1921), 'Drawings of Adelaide' (1924) and 'In and about Adelaide' (1933).

Browse other works by John Goodchild