The Arch of Constantine 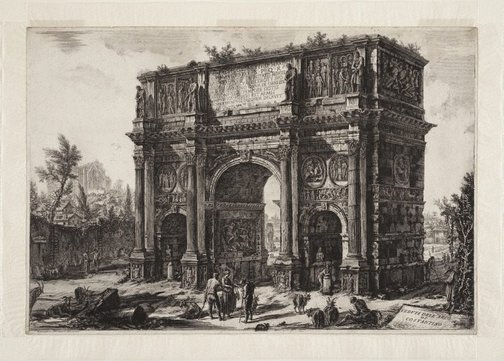 Piranesi trained in architectural drawing during his youth in Venice but it was the Eternal City that most inspired him. This print belongs to the series ‘Vedute di Roma’ that Piranesi worked on between the late 1740s and his death in 1778. Piranesi’s dramatic views were circulated throughout Europe and were widely collected by Grand Tourists. They became so famous that they came to symbolise Rome itself.

View of the Arch of Constantine

Giovanni Battista PiranesiTomb of the three Curiatii brothers in Albano 1756169.1978