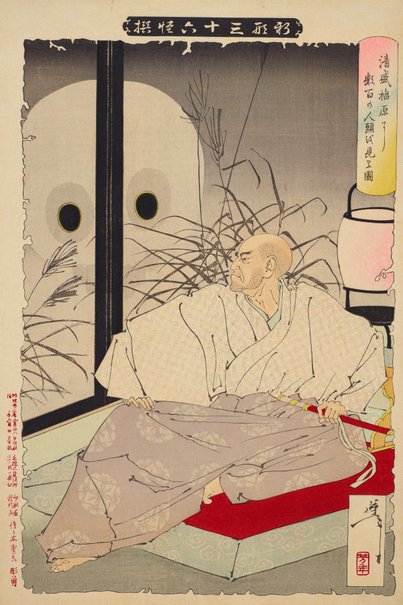 Taira no Kiyomori (1118–81) was a ruthless military leader who manipulated his way to great power. As a result of his dire deeds, he made many enemies and was destined to be tortured in hell. This image derives from the 14th-century Japanese epic Tale of the Heike (Heike monogatari), which describes Kiyomori’s experience in Fukuhara (the capital of Japan for six months in 1180). There he had visions in which everything he saw took the form of a skull. Here the handles of the sliding fusuma doors appear as the eye sockets of a giant skull. Suffering from a high fever, Kiyomori died in agony a few days later.