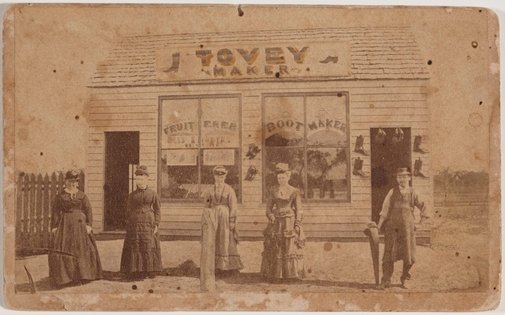 L Lange and Son was a photographic firm in Majorca, Victoria.

Research suggests that while L Lange & Son used a backing card stamped with the address of their Majorca studio, the ‘Tovey Bootmaker’ was located in Rochester, Victoria. Another carte de visite by L Lange & Son in the collection (525.2014) was also taken in Rochester contrary to the studio location printed on the card’s verso.