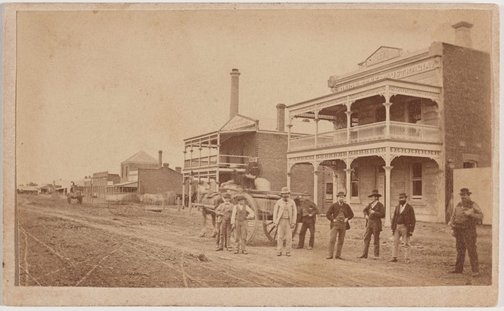 L Lange and Son was a photographic firm in Majorca, Victoria.