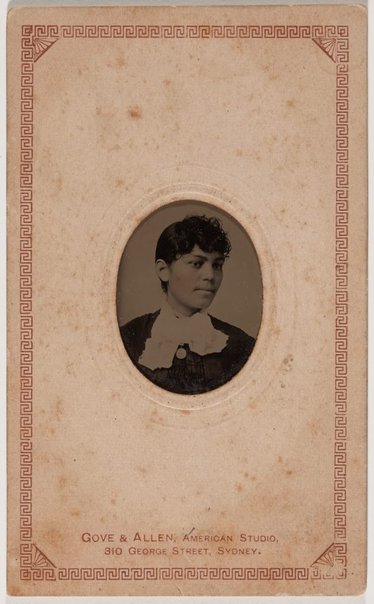 The San Francisco firm of Gove and Allen introduced the popular gem tintype to Australia. Invented in France in 1853 as a cheap and simple alternative to the ambrotype, it was popularised in Europe and America in the 1860s and 1870s and brought to Australia in 1880 when Gove and Allen opened their first studio in Sydney. The firm traded as both The American Gem Studio and The American Studio and had franchises in Adelaide and Brisbane (run by the Danish immigrants Poul and Anders Poulson) as well as Melbourne, Ballarat and Bendigo. All Gove and Allen studios ceased trading by 1885.

Invented in 1856 by Professor Hamilton Smith in Ohio, USA, the tintype is a unique image made on a thin sheet of iron coated with a black or brown lacquer or enamel. An inexpensive and popular process often used for portraits, it has a limited tonal range and images appear flat and soft.

Browse other works by Gove & Allen