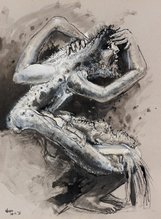 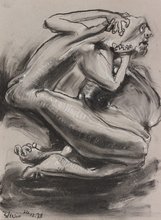 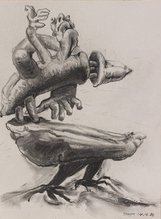 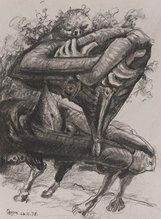 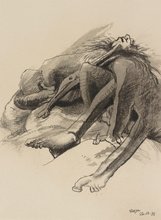 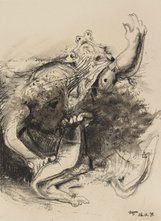 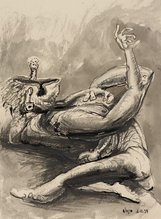 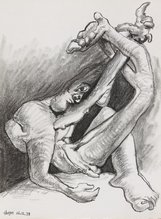 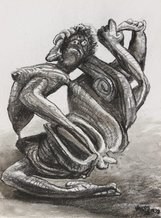 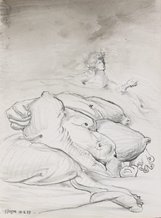 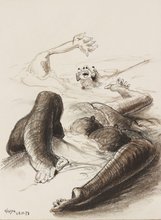 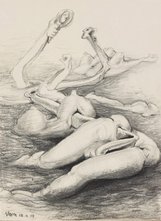 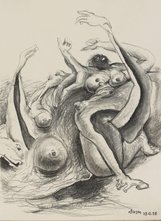 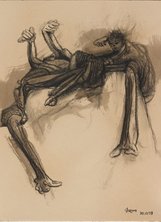 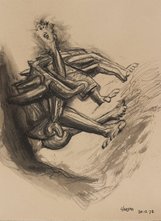 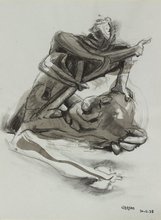 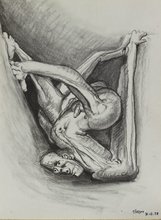 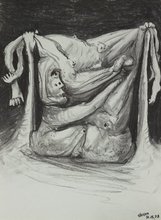 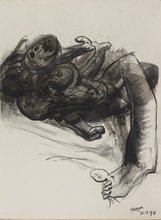 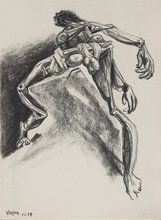 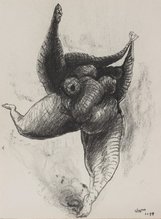 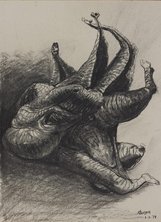 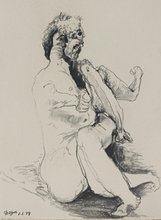 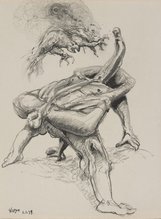 The drawings in this sketchbook were a critical part of Gleeson's re-invention of himself as a painter beginning with an intensive period of drawing between 1977 & 1982. His subsequent new large-scaled paintings, for which he was later highly acclaimed, were first exhibited in 1983.

The artist considered this to be his finest sketchbook. Some of the drawings are among the most powerful Gleeson has made, where he is at his most free and imaginative in the dreamlike mis-shaping of corruptible flesh. They reveal the influence of Dali and Picasso, but particularly Picasso in his return to classicism during 1916-24.