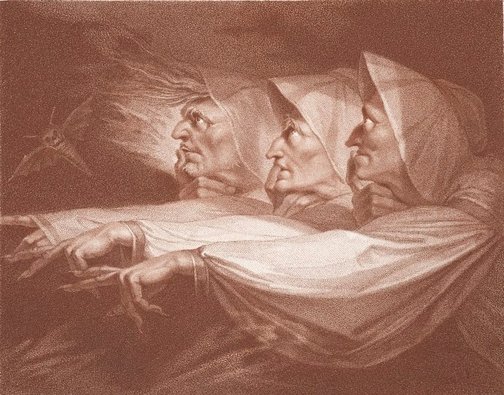 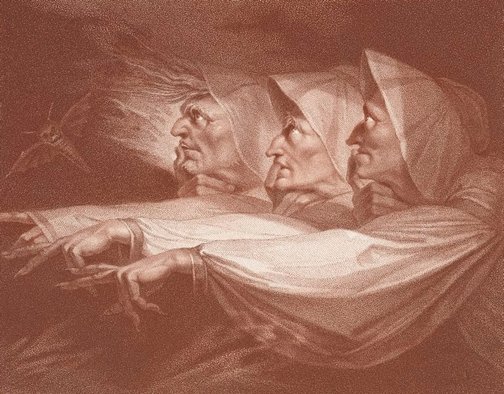 In the closing decades of the 18th century, the Swiss- born artist Henry Fuseli established himself as one of the most eccentric talents working in England. He settled in London in 1779, shortly thereafter creating a sensation with his bizarre and showy paintings, which frequently treated literary subjects in a highly sensualised manner.

Fuseli’s drawings and paintings of Shakespearean themes were part of the early Romantic movement’s rediscovery of Shakespeare, which gathered momentum in the following century. Judged by the prevailing taste of the 18th century, Shakespeare’s plays were thought inferior to those of classical writers. Fuseli was nonetheless attracted by the fantastic, irrational qualities in Shakespeare, and his fascination with blood-curdling, supernatural themes evidently struck a chord with the enthusiasm for gothic sensation at the time.

Fuseli considered Macbeth to be the zenith of poetry (he had in fact translated the play in Zurich) and he enjoyed seeing it played in David Garrick’s production. This print is based on his painting exhibited at the Royal Academy in 1783 (now in the Kunsthaus Zurich), itself a variation of an earlier picture depicting

Macbeth meeting the witches on the heath. In the second version Fuseli showed only the heads of three androgynous witches in overlapping profile. The witches’ gesture illustrates Shakespeare’s line, which is included in the bottom margin of the engraving: ‘each at once her choppy finger laying upon her skinny lips.’ The insect-like creature on the left reflects Fuseli’s interest in entomology and that when not painting he collected moths and butterflies.

The public enthusiasm for Fuseli’s inventions depended on the skill of professional engravers, who reproduced some 300 of his paintings and drawings – sometimes within a few months of the exhibition of the originals. Printmakers used a range of techniques to translate his designs to copper. Many were multiplied using the hybrid technique known as stipple, a peculiarly British process combining etching and engraving with the use of spiked tools. Often printed in shades of brown or red, stipple engravings were principally intended for framing as furnishing prints, and although they were very popular, the technique became obsolete by the 19th century.

David H Weinglass, Prints and engraved illustrations by and after Henry Fuseli, 1994, illus p 78. no 73a 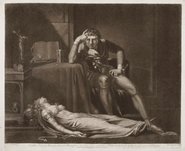