Ezzelin musing over the body of his wife Meduna, slain by him for her infidelity during his absence in the Crusades 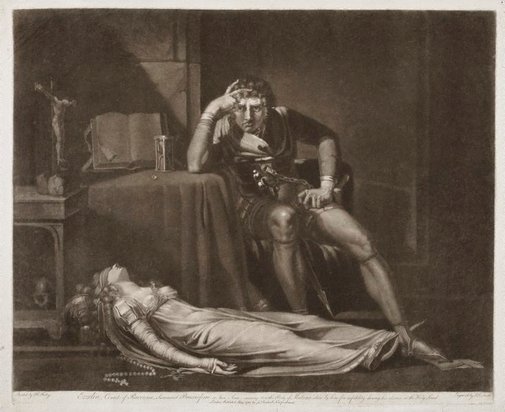 Fuseli’s most perverse and spinechilling subjects were often those which he invented himself rather than derived from literary sources. The story of the crusader, Ezzelin Bracciafero, who killed his wife Meduna on his return from the Crusades because of her infidelity, was a figment of the artist’s imagination. Fuseli exhibited the painted version in 1780, a year before it was reproduced in mezzotint by the famous engraver John Raphael Smith.

Purchased under the terms of the Florence Turner Blake Bequest 2009

John Raphael Smith , after Henry Fuseli
Ezzelin musing over the body of his wife Meduna, slain by him for her infidelity during his absence in the Crusades

David H Weinglass, Prints and engraved illustrations by and after Henry Fuseli, 1994, (illus.). no.65