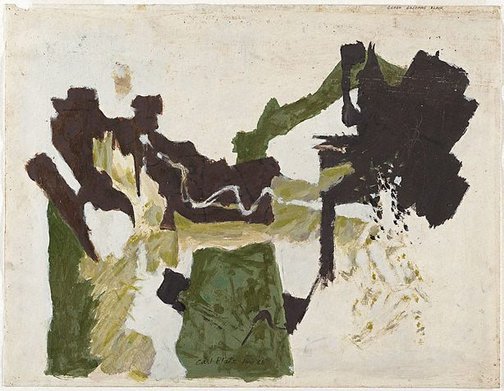 Plate first experimented with printmaking in the late 1950s in Paris, but the bulk of his small printmaking oeuvre are the screenprints and lithographs he made, again in Paris, in 1968 where he had gone to observe the transformation of two of his paintings into tapestries at the Aubusson tapestry workshop. The prints were developed as gouaches, before being editioned as prints at the Atelier Michel Cassé, a lithography workshop.