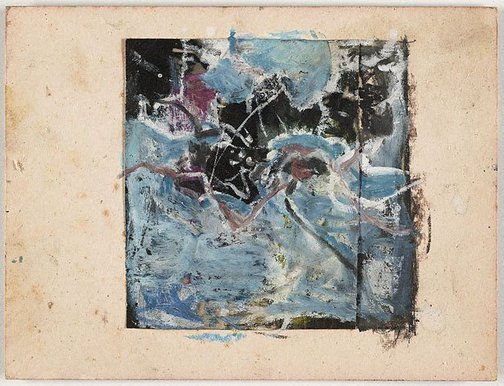 These delightful, jewel-like miniature drawings were described by Plate at the time as 'maquettes, a word commonly used to describe small-scale models for sculpture. He made hundreds of them, many of which he retained in his studio for reference and further development. Not all the maquettes Plate made were developed into larger works, but many were, and he occasionally wrote on them afterwards, linking them to a finished piece.

'One makes a small maquette, a very small ... piece of note ... and if this appears to have some life, ... one might develop it perhaps a bit more on to paper or board, and in this process the thing may develop, it may become more alive; it is a process of breathing on this tiny little flame'.