Thea, Hetti and Tyson Perkins, from the series The Big Deal is Black 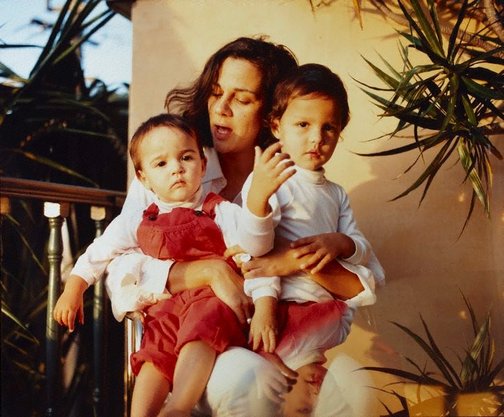 Brenda L Croft works closely with her family, friends and Indigenous community members to create her images. The work 'Thea, Tyson and Hetti Perkins' is drawn from the series 'The big deal is Black' 1993. First exhibited in 1993 at the Australian Centre for Photography, this series focuses on the strong matrilineal connections within Aboriginal families and allows the viewer an intimate insight into family life. The works mainly depict Sydney-based Aboriginal women in their roles as mothers, daughters, sisters, cousins and grandmothers. In their familiar surroundings and at ease in front of the camera, Croft's subjects provide a realistic portrayal of contemporary Aboriginal life.
Croft has said this series 'is about letting you see something of us on our own terms.' This approach is in direct contrast to the studio and documentary photographs taken of Aboriginal people in the 19th century which are dominated by staged scenes presenting a false image of Aboriginal life.