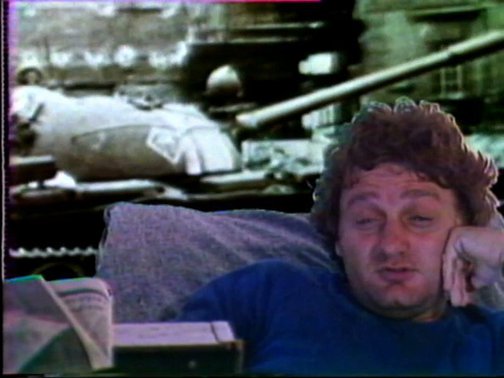 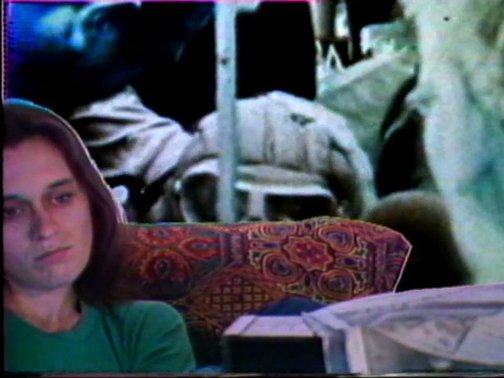 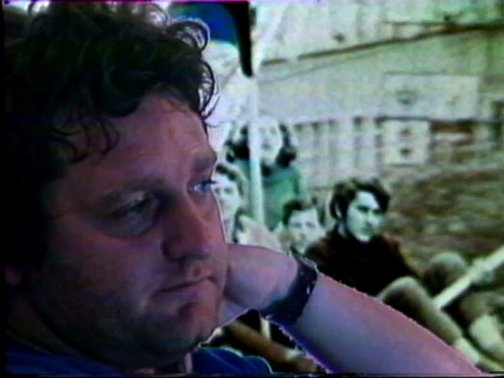 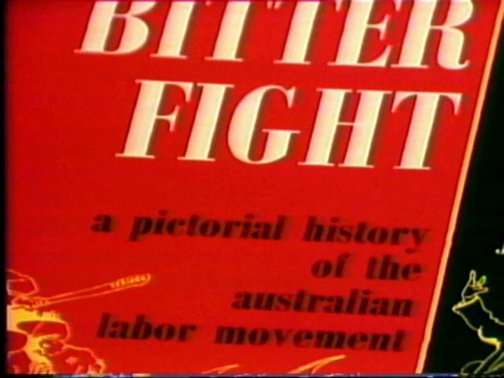 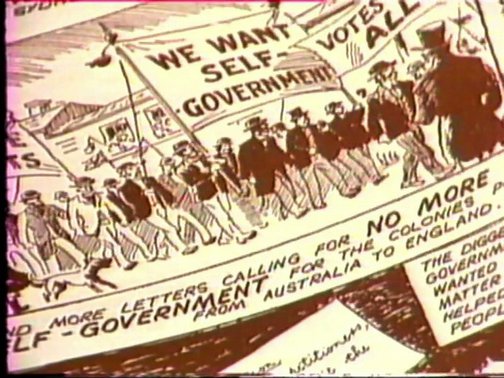 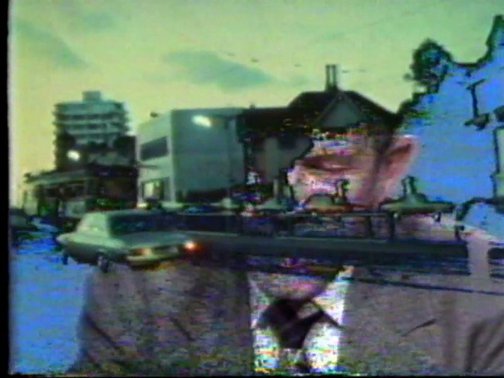 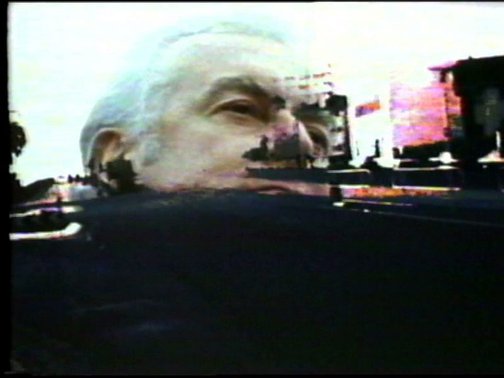 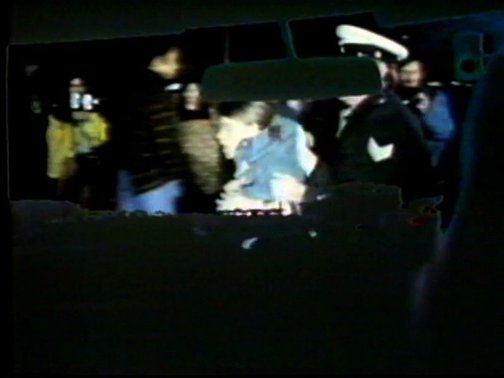 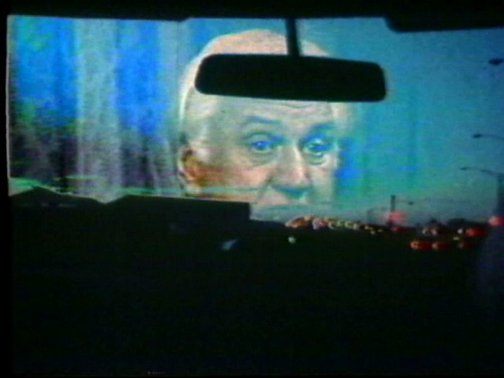 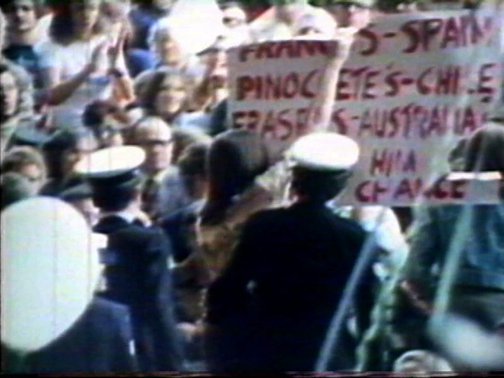 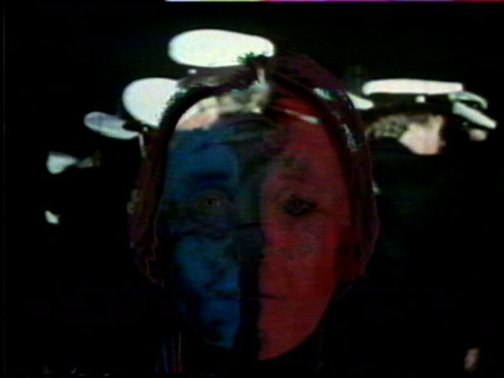 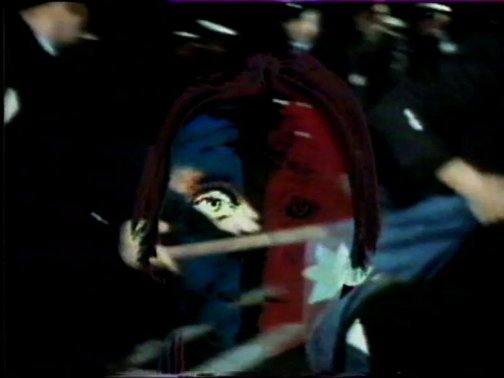 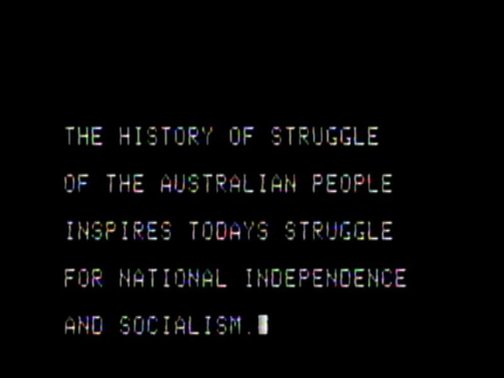 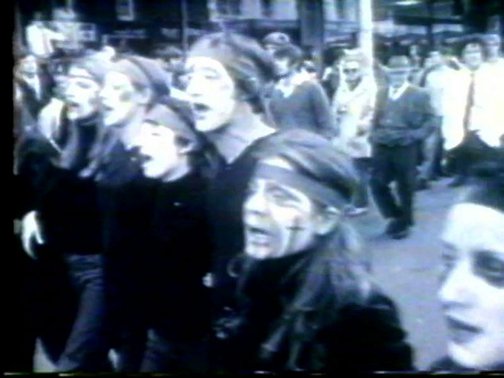 ‘November eleven: work in progress’ is the moving image component of an installation work designed by Peter Kennedy1, (installation two in a series of three) using a format identical with the earlier installation and again featuring a painted banner (‘November eleven – An Australian history’, oil on canvas 274 x 305 cm, 1980-1) referencing the tradition of trade union banners, their street performance, and presented here in the service of a critical ‘history painting’.

The video develops themes and strategies from the earlier video, ‘November eleven’ (1979), deploying advertising, newsreel footage, children’s books as modes of found ‘performance’ in an ironic (‘blue screen’) play of ‘history’ and myth working around the dual constellations: 1890/1975 and 1968/1981.

Browse other works by Peter Kennedy 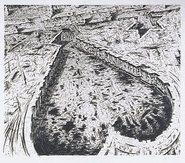 Browse other works by John Hughes