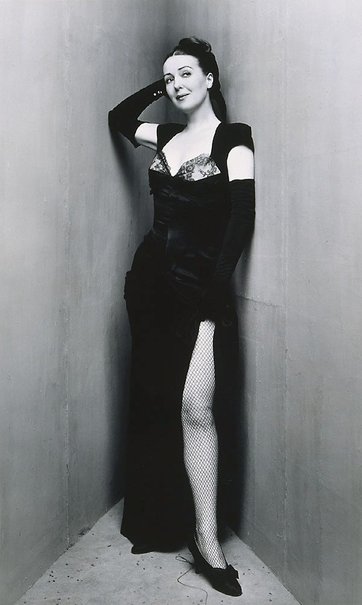 Simplicity and clarity of style is a trademark of Penn's studio portraits. Backdrops and props are minimal; the space of the studio itself is used. Penn adopted the device of posing his subjects in sharp-angled corner spaces to further bring out their personality and remove any distractions from his minimal and austere composition.

'Sometime in 1948 I began photographing portraits in a small corner space made of two studio flats pushed together, the floor covered with a piece of old carpeting...this confinement, surprisingly seemed to comfort people, soothing them. The walls were a surface to lean on or push against. For me the picture possibilities were interesting; limiting the subjects movements seemed to relieve me of part of the problem of holding onto them.' Irving Penn

Browse other works by Irving Penn 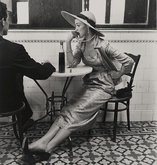