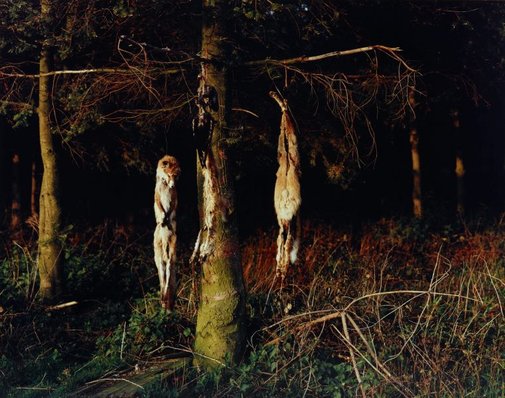 In his photographic work, Gerhard Stromberg both extends and tempers the conceptual agenda that defined the practice of his teachers Bernd and Hilla Becher and which has since filtered into the work of his peers, among them Andreas Gursky and Thomas Ruff.

While there is an emotional detachment at play in much of his work, Stromberg also allows room for lyricism. A pronounced preoccupation with the complex relationship between humans and nature is extant in most bodies of work, inflected with a sensibility that gently cites the aesthetic and philosophical tradition of German Romanticism. In many of Stromberg’s photographs, the human figure is absent entirely but the sites bear the traces of occupation or interaction, such that they become conduits for both personal and collective memory. In the series Or so it seemed, from which the work Albertblock derives, Stromberg turned his attention to the landscape of north-east England. Each scene from his adopted homeland (for Stromberg has been resident in the UK since 1986) subtly strays from the specificity of reality. Titled with a street of place name from his childhood in Germany, these images collide a real and remembered place into a symbolic signifier.

Gift of Geoff Ainsworth AM 2018. Donated through the Australian Government's Cultural Gifts Program

Browse other works by Gerhard Stromberg