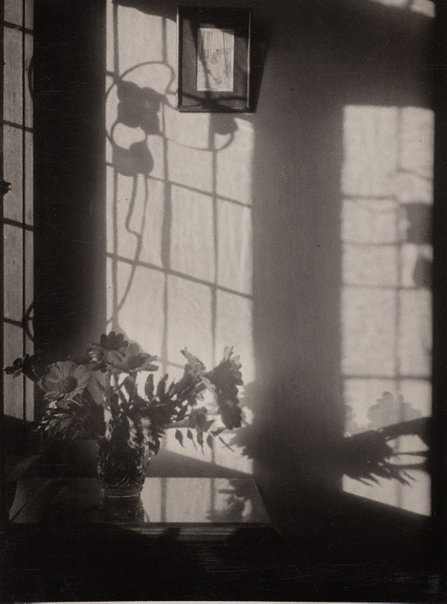 Olive Cotton grew up on the outskirts of Sydney where she was exposed to the range of contemporary thinking whether scientific, political or artistic. Her childhood friendship with Max Dupain and joint love of photography led to their eventual though brief marriage and her work in the Max Dupain studio during the war years. Cotton knew Harold Cazneaux and studied photographic styles from pictorialism onwards. Her own work was characterized, as Helen Ennis has written, by 'an abiding love of nature, astute powers of observation, a democratic approach to subject matter, and a sheer delight in and mastery of the photographic medium.'

Cotton worked as a photographer until her second marriage to Ross McInerney and move to country NSW in 1946. Until 1964, when she set up a studio in Cowra she concentrated on childrearing and farm life. Rediscovered in 1981 her work was much sought after through the 1980s and 1990s and she continued taking photographs and printing her own work until 1996.

Made at the beginning of her career, By my window introduces the formal and thematic tenets which would recur throughout Olive Cotton’s work. The image depicts a room that is at once real and yet existing primarily as a place for reverie and a reflection of the photographer’s own interiority. As in much of Cotton’s early experimental works, the primary emphasis here is not on the objects, but on transient forms created out of light and shadow. A different version of the same subject, Interior, my room 1933 (AGNSW) presents a less dramatic vision of the relationship between the material world and the elements of nature.

Purchased with funds provided by the Photography Collection Benefactors' Program 2006

Olive Cotton
By my window