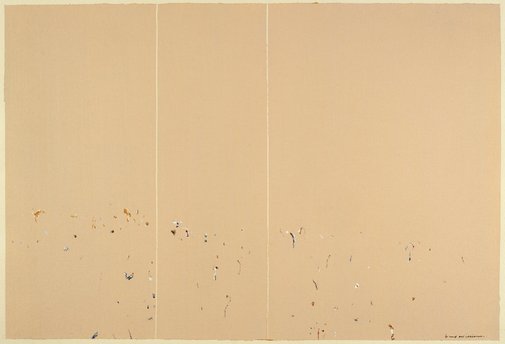 Fred Williams made a number of gouaches while on holiday at Mount Martha on the Mornington Peninsula in January 1969, which were a radical departure from his previous work. In the 'Australian landscape' series Williams experimented with a new, minimal approach, using masking tape to create a clearly defined area on the surface in which to paint. This formal device evoked a sense of the vastness of the landscape, and led to the later 'strip' gouaches, some of which are on display here. The 'Australian landscape' series also had parallels with contemporary developments in hard edge and minimalist painting in Australia and abroad. 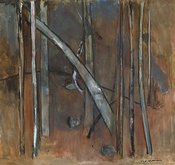 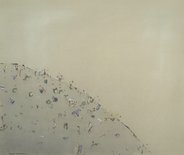 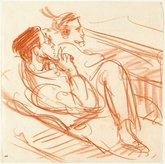 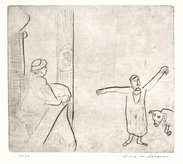