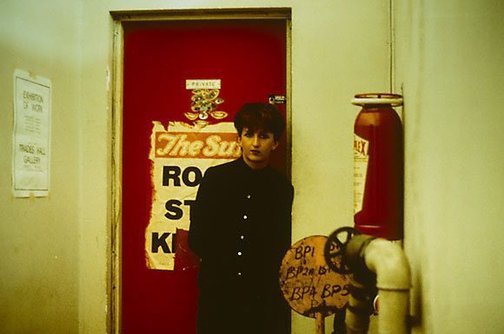 Jenny Watson is a Melbourne born painter. In this photograph Watson is dressed entirely in black, with dark hair and heavy eyeliner. She is standing in front of a door plastered in stickers and an old cover of ‘The Sun’. This is reflective of her interest in contemporary pop culture. When this work was taken Watson had recently documented her association with musician Nick Cave and his group ‘The boys next door’ in a series of portraits. Watson has featured in many exhibitions throughout Australia and overseas. A number of her works are held in the Art Gallery of New South Wales collection. 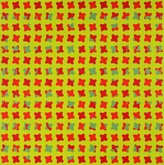