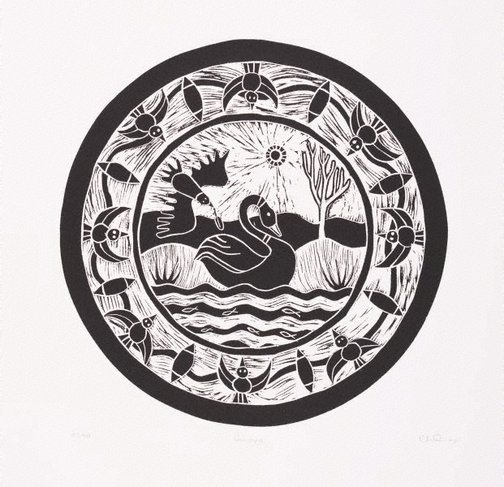 Cheryl Davison is a leading artist from the South Coast. Her mother's family are Walbanga people from Eurobodalla and the Ngarigo people in the Snowy Mountains region. Her family is also connected to the Wallaga Lake Aboriginal community. Davison has inherited deep cultural knowledge from her family and is a recognised artist and cultural leader for the South Coast region, exhibiting nationally and internationally.

This suite of works captures a number of important South Coast creation narratives and family stories which have been passed down to Davison.
Images like the ‘Plovers’ illustrates her family’s personal totem, while ‘Wonga & Chicks’ talk about strong families as Wonga pigeons are known and respected for their ability to care and provide.

Much of Davison’s knowledge comes from the elders in her community and her own personal interpretation of these stories.

'Gulaga', an ancestral mother, is one of the most important creation sites for Yuin people on the South Coast. Gulagu laying in the landscape is known as Mount Dromedary. Barranguba, the eldest son was keen to be independent and so left his mother’s side and went out to sea becoming a small mountain seen today as the base of Mount Dromedary.

The stories about Gulaga, Gulaga mountain which is on the South Coast. It’s a very significant Aboriginal site. This is a story that was told to me by my family and my grandfather, Reggie Walker. My grandfather was a fisherman, he’d row his boat right out to sea and he’d tell us “When you’re out there it just looks like a lady, laying down”.
The story goes that Guluga was walking east collecting bush tuckers with her two sons, Najanuga and Barranguba. Barranguba said to his mother “I want to move away and set up my own camp”. She said “Well you can just move out there into the ocean with the fish and the whales and the dolphins, not too far away you can set up your camp because I still need to keep an eye on you”. And so he went out into the ocean and lay down and turned into the island.

When Najanuga saw this he said “Well I want to move away and have my own camp as well” but she said “No, you’re too young, and you just stay here at my feet so you’re within arms reach of me and I can look after you”. So he just sits there at her feet and she’s the mountain, and she’s pregnant, having a baby.

Now the landscape itself of the mountain, around this area which is central Tilba, Tilba, Tilba area, that’s traditionally all birthing place for South Coast women.

These stories are from my ancestors, and they’re probably thousands of years old. They’ve just been handed down from generation to generation, and I’m pretty lucky to know the story and be able to pass it on to my daughter, Tasmin, and hopefully my grandkids.

Browse other works by Cheryl Davison 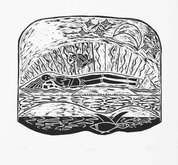 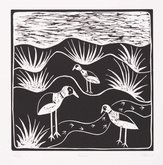 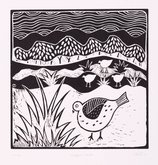 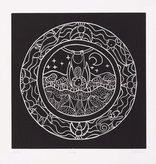