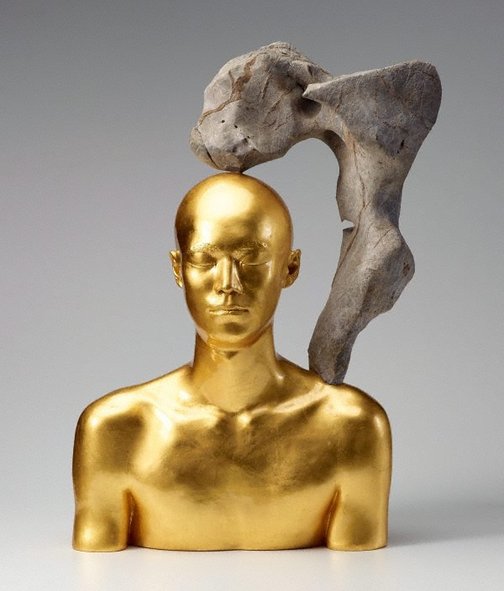 Ah Xian (also known as Liu Jixian) was born in Beijing in 1960, as a child he was an avid painter and became a professional artist at the age of twenty. In the early 1980’s he exhibited paintings twice at the National Art Gallery of China in Beijing, and also in New York and Paris. However the cultural and political landscape of China was significantly changed in 1989 and Ah Xian took a new direction in regard to both the materiality and themes of his work. In the same year he travelled to Australia to take up a residency at the Art School of the University of Tasmania. In the following years he participated in a number of commercial shows, but it wasn’t until 1993 that he made his first major public appearance to an Australian audience through the seminal exhibition of Chinese contemporary art held at the Museum of Contemporary Art in Sydney. The show entitled, ' Mao Goes Pop, China post -1989' presented 5 works by Ah Xian among other artists who not only went on to become the vanguard of Chinese contemporary art but are also part of the AGNSW collection, including Zhang Xiaogang and Xu Bing.
.
Whilst Ah Xian concedes that he had no conscious concept of the “bust” as a sculptural form until his experiences at the Sydney College of the Arts in 1998, the body as a site of cultural critique has long played a significant part in his work. In regard to his earlier work, one commentator remarked that they are a clear expression of Ah Xian’s personal anguish with the brutality of the 1989 events, “His use of the human body in his work is more concerned with the body as fragments rather than the body as whole. The cut is the result of stress on one or more parts in the body.”1. In this sense the fragmented body in Ah Xian’s work can be understood as an allegory for the collapse of relations between the individual and the nation and one imagines that his feelings of alienation and separation were further exasperated by his immigration from China to Australia. It might be said that China remained a strong point of reference for Ah Xian and that his interest in renewing Chinese decorative forms and motifs in an Australian and contemporary context has been an integral part of a cathartic process for reconnecting with the country. Rocks like those used in this work for example have been highly valued by connoisseurs in China since the 7th century. They are usually found at the bottom of Lake Tai in Jiangsu Province of eastern China. The larger rocks were generally used for gardens and smaller ones could be found in studios of the literati, hence their nick name-‘scholar’s rocks’. Over the centuries they have been engendered with many symbolic meanings in connection to Chinese notions of immortality, faithfulness, steadiness, endurance and modesty.

Equally Ah Xian’s work suggest that one can never escape one’s own culture and in a very literal way these busts demonstrate the way that history and culture are inscribed upon the body. As such the busts are not a nostalgic yearning for a glorious past or a way of reducing Chinese culture to a tangible and easily recognisable identity but rather a part of a complex set of negotiations for generating new meaning from the experience of distance and the nexus of cultures.2. On this topic, Ah Xian says;

“The idea I’ve been stressing is to introduce ancient Chinese decorative motifs and age-old craftsmanship onto realistic human form including the bust form. Both the bust and realistic human form are from Western tradition. On the other hand, the age-old craftsmanship and decorative motifs are deeply rooted in China. When we talk about either side, they are old with long heritage but nothing new. Once we put them together as combined, they become a contemporary and exciting new form of art creation.”3

3. The artist in conversation with AGNSW Curator for Chinese Art, Cao Yin, 2014

Browse other works by Ah Xian 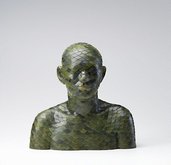