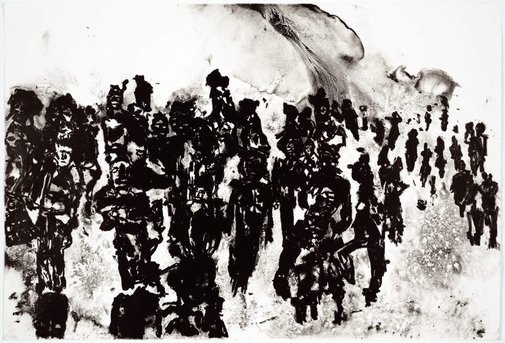 ‘Yazidi refugees in Northern Iraq fleeing ISIL’ was printed at Lancaster Press in Melbourne, which specialises in lithography and is run by master printer Peter Lancaster. The source image was a photograph in the 'Guardian Weekly' newspaper, depicting the Yazidi religious minority in Northern Iraq fleeing the advance of ISIL militants and the ensuing humanitarian crisis, as they were driven onto to Mount Sinjar, in 2014.

Browse other works by Locust Jones