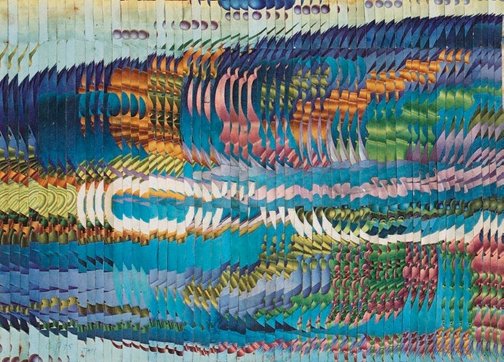 Carl Plate was one of Sydney's most important painters of the post-war period. He studied at ESTC 1930–34, then at St Martin’s and Central schools of art in London between 1934 and 1939, during a period spent travelling and working overseas. His time in London was an important formative influence, when he visited the International Surrealist Exhibition at New Burlington Galleries and acquired a knowledge of contemporary European and particularly British art; meeting artists Henry Moore and Roland Penrose, and such authors as Herbert Read and TS Eliot. On his return to Australia in 1940, whilst continuing with his own painting, drawing and printmaking; Plate was a keen advocate for modern art in the Contemporary Art Society and through his management of the Notanda Gallery in the city (established by his sister Margo Lewers) - dealing in prints, drawings and books with a focus on contemporary art. The first exhibition held there, 'England today' - introduced the work of British moderns such as Eric Gill, Barbara Hepworth, Ben Nicholson and others to Sydney. A major survey of Plate's work was organised by the Art Gallery of New South Wales in 1977 and an Australian Collection Focus display in 2006.

Plate lived and painted in Paris on a number of occasions, including the period 1974–76. He customarily travelled to Europe by boat, spending the journey on montage and collage of ideas for future works – using a supply of colour magazines, newspapers and other material that he took with him for the purpose.