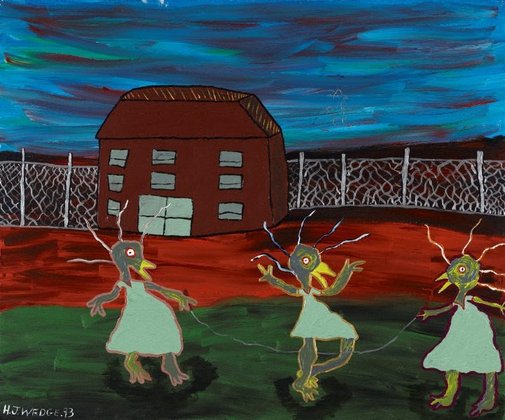 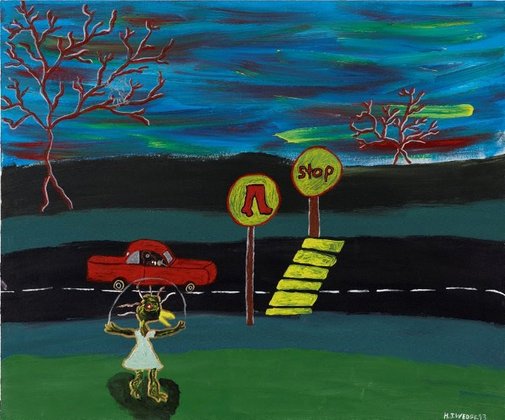 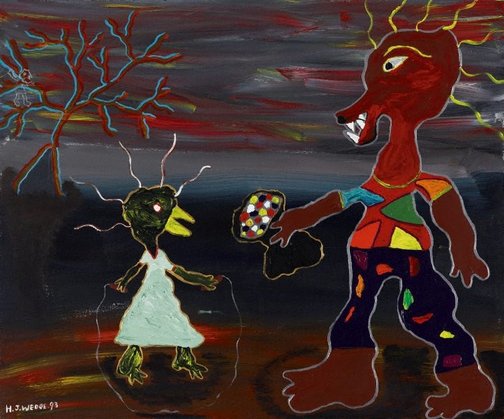 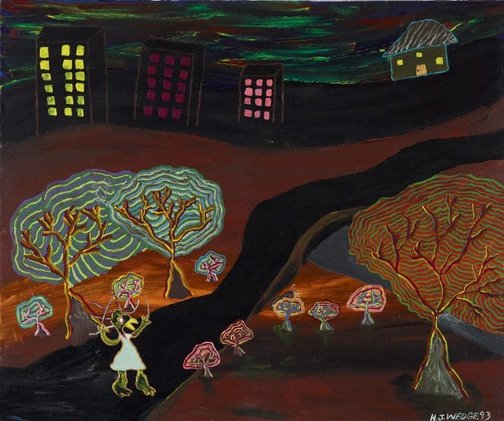 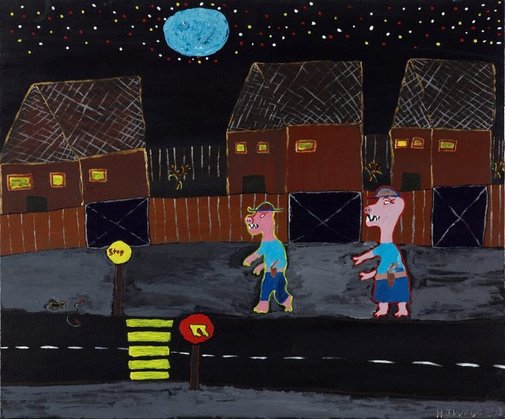 H.J. (Harry) Wedge was born on Erambie Mission near Cowra in central New South Wales, and draws on his experiences of mission life in his painting. Initially interested in photography, Wedge enrolled at the Eora Centre TAFE (Technical and Further Education) in Redfern, Sydney, in 1989. He soon transferred to painting in acrylic, the medium best suited to his artistic and communicative needs. With his surrealist style, Wedge's paintings seem to freeze a moment and draw out its raw emotive elements. After graduating, he joined the Boomalli Aboriginal Artists Cooperative, Sydney, and began exhibiting alongside such contemporaries as lan Abdulla and Elaine Russell, launching his national and international career.

The Aboriginal tradition of oral history provides Wedge's framework, while his painting acts as a personal journal, compensating for the fact that he is illiterate. His work focuses on postcolonial narrative and examines current social and environmental issues. He has said that he tries '... to paint what I dream, what I hear on 'A Current Affair', things you can even hear people talking about on the train ...'. His powerful paintings operate seductively, enchanting the viewer with signature lyrical figures that he combines with arresting political statements. His figures, refusing to be silenced, become social commentators and express the injustices of the past. In 1992 Wedge held a major solo exhibition, 'Wiradjuri Spirit Man', at Tandanya National Aboriginal Cultural Centre in Adelaide and at Boomalli in 1993. In 1996, the monograph 'Wiradjuri Spirit Man' was published, containing a series of images accompanied by transcribed stories.

Wedge participated in the 25th Budapest Autumn Festival in 1993 with other Boomalli artists including Judy Watson and Fiona Foley. The same year, he was represented in Australian Perspecta 1993 and was artist-in-residence at the Art Gallery of New South Wales, Sydney, producing the narrative work 'Stop and think', 1993, which mixed cautionary tales with current social issues. Wedge was included in 'True Colours: Aboriginal and Torres Strait Islander Artists Raise the Flag', 1994, a major Boomalli exhibition that toured internationally and was curated by Hetti Perkins and Brenda L. Croft. In 2002, he participated in the Biennale of Sydney with his triptych, 'Taken over the environment', 2002, which tells the chronological story of the invasion of Australia. Wedge's interpretation of Australian history is a combination of fact and fiction occurring in dreamlike, sometimes nightmarish, sequences.

Browse other works by HJ Wedge