recto: A chapel of Santa Maria Maggiore, Rome and A tower verso: A fountain and Nelson's Monument in Trafalgar Square, London 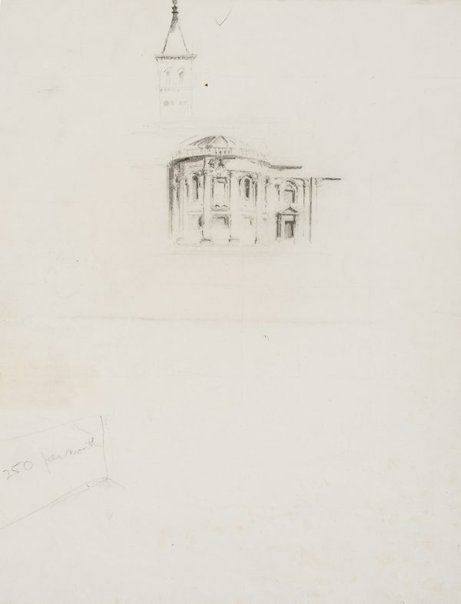 This chapel is the centre piece of the rear façade of the church, added by the baroque architect Carlo Rainaldi in 1673.

Lloyd Rees
recto: A chapel of Santa Maria Maggiore, Rome and A tower verso: A fountain and Nelson's Monument in Trafalgar Square, London