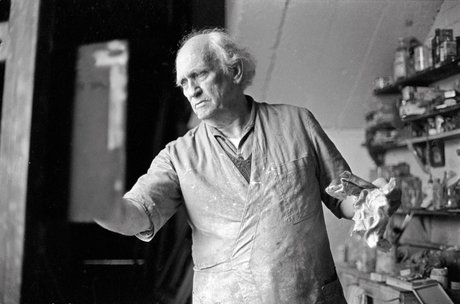 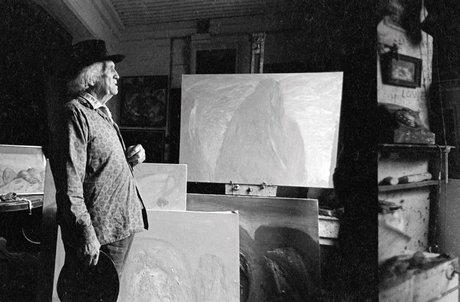 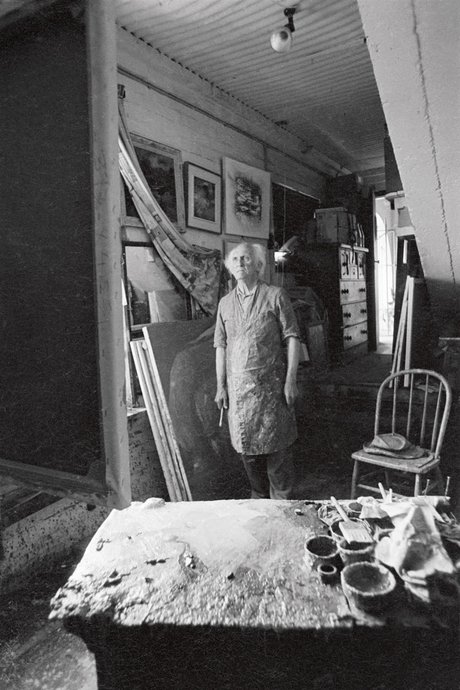 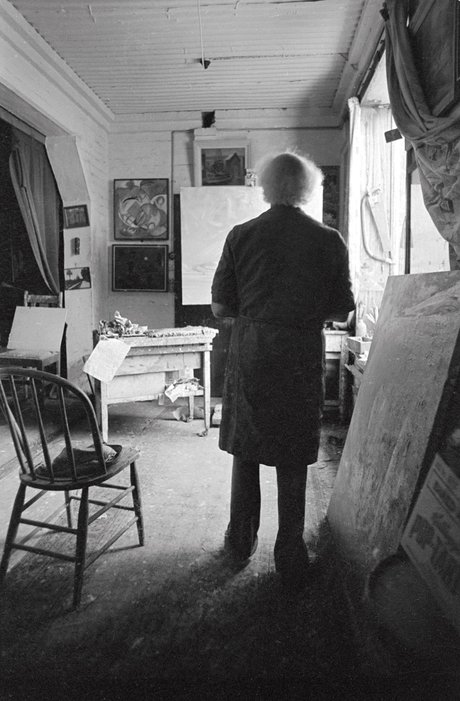 One of the pre-eminent landscape artists of his age, Lloyd Rees was a skilled painter, draughtsman and printmaker. He sought to build upon the legacy of the European landscape painting, taking inspiration from artists such as Corot and Turner while also drawing from the Australian landscape tradition. His approach varied throughout his life from the precise analytical drawings and paintings produced during the 1920s and 30s, through the rhythmic, more sombre works of the 1940s and 50s, to the visions of light that characterised his late works.

Rees studied at Brisbane Technical College with Godfrey Rivers, Martyn Roberts, and LJ Harvey before moving to Sydney in 1917, where he worked as a commercial illustrator for the advertising office Smith & Julius. He travelled to Europe in 1923 and 1924, continuing his art studies at the Chelsea Polytechnic College in London. The first of several European tours, this initial visit had a profound impact on Rees’ developing artistic practice. The Sydney Harbour foreshore and suburbs, however, provided one of the greatest and most enduring sources of inspiration for the artist, with Rees describing his first impressions of Sydney as he arrived by ship through the Heads in 1916:

When… the ship cleared the great cliffs of North Head and the harbour spread itself before me with all its bays and vistas, its sculptured foreshores and russet green vegetation, and later its buildings caught in the golden light with rows and rows of them defining the contours of the hills, and the whole bathed in opalescence of colour never previously seen – is it any wonder that Sydney then and there entered my heart never to leave it again …

During the early 1930s Rees concentrated on small pencil drawings such as Sydney skyline from McMahons Point 1932. Enhanced by delicate washes of watercolour, the composition reveals his interest in distant views of the city and the trees and rock formations that skirted the harbour foreshores, rather than the development of the Sydney Harbour Bridge (a major engineering project of the day) which attracted many of his contemporaries. He was later awarded the Wynne Prize in 1950 for The Harbour from McMahon’s Point 1950, a painting reminiscent of early revelatory drawings of Sydney.

From 1939 Rees and his family holidayed on the south coast of New South Wales, with the artist painting a number of compositions of the area, including The road to Berry 1947. A diminutive landscape dominated by a sombre rhythmical movement painted with fluid brushstrokes, the work came to have special significance to a number of younger artists, including John Olsen and Brett Whiteley. Rees’ influence as a painter was enhanced through his contributions to the Sydney art world; a member of the Society of Artists from 1932, Rees was its president from 1961 to 1965, while from 1946 to 1970 he lectured in painting and drawing at the University of Sydney.

Returning to Europe in the 1950s and 60s, Rees focused on capturing the domesticated landscapes in old towns, and olive groves along the northern shores of the Mediterranean. He adopted a far lighter palette in his work, producing Turneresque visions of light and colour. He filled numerous sketchbooks during his travels, which he later developed into drawings and paintings. Based upon a visit Rees made to Béziers in Languedoc in 1969, A tribute to France 1968-69 is a homage to the country’s varied landscape and architectural subjects, which the artist treated in an inventive rather than strictly naturalistic manner.

From the late 1960s, when his son settled in Hobart, Rees also featured the Tasmanian landscape in his work. An example of masterly draughtsmanship, The summit, Mt Wellington II 1973 displays finely wrought marks and dots of black ink enhanced with watercolour employed to evoke the texture, colour and hardness of granite – a familiar feature in the Australian landscape. Rocks held special significance for the artist, suggesting permanence and acting as symbols for the composition of the earth and its part in the universe. He was particularly struck by the changing nature of Uluru, which he visited with his wife in 1976, painting The great rock: dusk 1977 as a reaction to the sculptural quality of the rock at sunset which he described as 'nature’s bas-relief’.

Rees lived his final years in Tasmania, continuing to paint despite failing eyesight. He produced larger canvases that reveal an increasingly ebullient and experimental approach encapsulated in The waterfall, Tasmania 1982, a transcendent and bold semi-abstract impression. In 1982 he again won the Wynne Prize, this time for Morning on the Derwent 1982, a subject that inspired his lithographic series Sandy Bay set 1983-84, which charts the sensation of light passing on one sunlit day over the River Derwent in Hobart.

The Art Gallery of New South Wales, which has the most comprehensive collection of Lloyd Rees works of any institution, organised two retrospectives of Rees’ work during his life, in 1942 and 1969, as well as a posthumous drawing retrospective in 1995.

Other works by Lloyd Rees