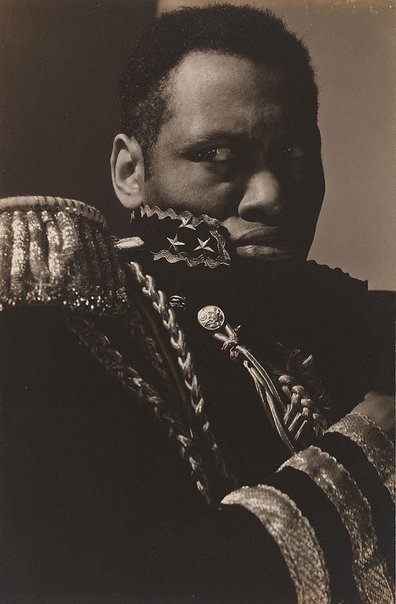 Like Alfred Stieglitz, Steichen was a giant of American photography. His career extended from his first exhibited photographs in 1899 until his retirement as curator of photographs at the Museum of Modern Art (MoMA), New York, in 1962. In between he was an influential member of The Linked Ring Brotherhood and the Photo-Secessionists who promoted photography as art; co-publisher with Stieglitz of ‘Camera Work’; and co-director with Stieglitz of gallery 291 in New York. He was chief photographer for Condé Nast publications from 1923 until 1937 and he was in charge of all American Navy combat photography during the Second World War. Among the many exhibitions he organised while at MoMA was the enormously influential ‘Family of man’.

From early in his career Steichen was regarded as an innovative portrait photographer. His portraits of Auguste Rodin encapsulated the essence of the sculptor; his portraits of actors encapsulated the essence of their roles. The photograph of Paul Robeson as Emperor Jones was taken for ‘Vanity Fair’ magazine: ‘’Vanity Fair’ was the magazine of talent, intellect, wit, culture and power’1 and Robeson had just signed on to appear in the film of the eponymous Eugene O’Neill play. He had played Emperor Jones in the 1925 stage play and was one of the first African–American men to play serious roles in the primarily white American theatre.

© The Estate of Edward Steichen/ARS. Licensed by Copyright Agency

Browse other works by Edward Steichen