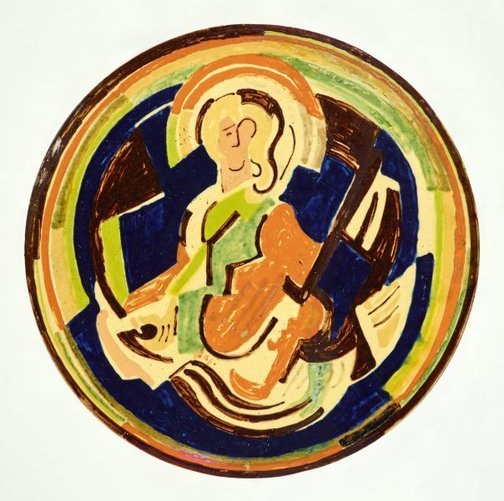 As well as domestic ware, Anne Dangar also produced a number of ceramics specifically for exhibition, often based on designs by her great mentor, Albert Gleizes. 'The guitarist', based on a design by Gleizes, is one of the largest formats produced by Dangar and was almost certainly fired in the new kiln she had constructed at Moly-Sabata in 1947.

Browse other works by Anne Dangar 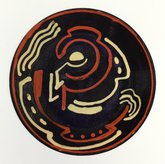 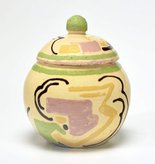