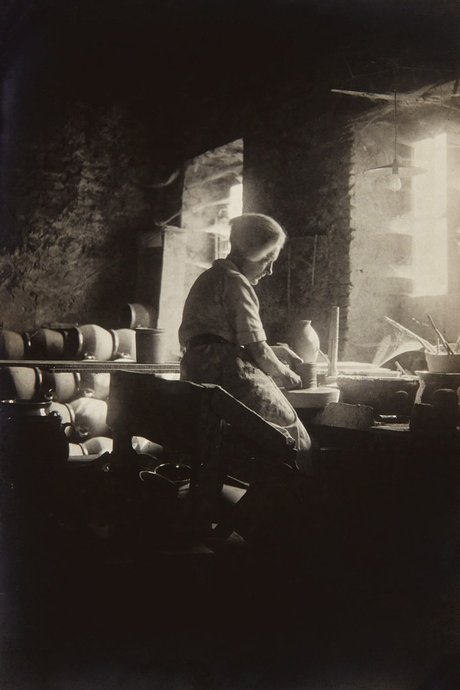 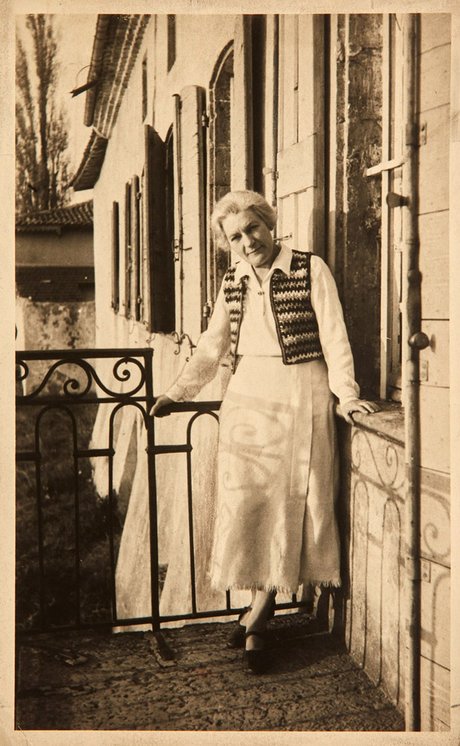 Anne Dangar is renowned for her innovative pottery designs that fuse traditional techniques with modernist motifs. An early exponent of cubism in Australia, she continued to make a significant contribution to art in this country even after moving permanently to France in 1930, where she became a highly esteemed figure in an artists’ commune established by French cubist painter Albert Gleizes. Today, she is still probably better known in her adopted country than in the country of her birth.

Born in 1885 at Kempsey in northern NSW, Dangar moved to Sydney to study art. She trained as a painter under Horace Moore-Jones from 1906 then at Julian Ashton’s School of Art, where she taught from 1920, discussing modernist ideas with fellow students and colleagues Grace Crowley, Dorrit Black and Rah Fizelle.

Travelling to Europe, Dangar and Crowley (and later Black) studied at the Paris academy of French cubist André Lhôte from 1926 to 1928 and at his summer school at Mirmande in south-east France in 1928. In Paris, Dangar saw paintings by Gleizes and was greatly impressed by his work.

Back in Sydney after her studies with Lhôte, Dangar attempted to introduce modernist ideas to art instruction but was met with some resistance. Frustrated by the lack of interest among conservative colleagues and at a creative impasse, she returned to France in 1930 and joined the Moly-Sabata artists’ commune, located on the banks of the Rhône in the small village of Sablons, which Gleizes and Juliette Roche had established in 1927 as a counterbalance to the pressures of modern life and industrialisation. Artists in the colony were expected to support themselves by growing their own food, teaching art to local children and producing art and crafts for sale.

Gleizes’s demand that artists should return to the land – le retour à la terre – and work with the Earth’s elemental materials – water, fire, earth and air – appealed to Dangar and she began to make pottery. Gleizes encouraged her to study with the local potters and learn traditional methods. As there was no kiln at Moly-Sabata, this meant long walks to work at local potteries.

Dangar wanted to meld cubist ideas with everyday life, which she did by applying her designs to domestic ceramic objects that would be used by regular people. Indeed, she relied heavily on the income from the sale of her pottery in order to subsidise the living she eked out from her agrarian lifestyle. Commissions for tableware were an important source of income.

Despite the hardships, Dangar firmly believed in her mentor. In a letter to Crowley, whom she called Smudge, on 2 June 1935, she wrote: ‘I can’t leave Monsieur Gleizes and this wonderful world of miracles happening all round me, miracles I would have been too stupid and blind to see if it hadn’t been for the light of Albert Gleizes. Oh Smudge really it’s much more exciting than pretty clothes and pink nails and as for reflection and study I don’t believe money brings that. I never reflected or studied really until I had to walk ten kilometres a day to work, that’s when one can think clearly.’

In 1939 Dangar spent six months in Morocco, teaching and studying with local potters in Fez, Marrakesh, Safi and Rabat. When she returned to Moly-Sabata, she made a number of works with Islamic-inspired designs.

Religious subjects form the basis of many of Dangar’s designs, as in Virgin with child surrounded by angels, along with mythological characters including Icarus.

Gleizes’ cubist theory of rotation and translation, in which simultaneous movements of rotation of the picture plane create spatial rhythm, found expression in works by Dangar such as Tondo.

Gleizes’s 1932 book La forme et l’histoire (Form and history) discusses his view that human nature is constant and the same rhythmic designs will recur in different ages in different societies. He illustrated this theory with a number of circular and spiral designs from prehistoric carvings and ancient pottery, and believed that cubism could revive the use of such designs. Dangar’s use of circular and spiral designs such as the Celtic triple spiral, or triskele, as in Plate with spirals, comes from these teachings.

As well as domestic ware, Dangar also produced a number of ceramics specifically for exhibition, often based on designs by Gleizes. These can be identified by the inscription MSGD, combining their names (Moly-Sabata Gleizes Dangar), as in The adoration of the Magi.

Throughout her years abroad, Dangar maintained a faithful correspondence with Grace Crowley and her letters reveal the hardships of her life at Moly-Sabata. She toiled in the vegetable gardens for several hours each day and lived in poverty – her expenses outweighing her earnings. In her letters she expressed a desire to return to Australia and establish her own pottery, but she could never raise the money required. In 1947, with financial assistance from Crowley, Dangar finally built her own studio and kiln at Moly-Sabata, abandoning any idea of returning to Australia.

Despite the physical distance, Dangar played an important role in Sydney’s cultural landscape through her letters, as she sent excerpts from Gleizes’ lessons on cubist principles to Crowley, who disseminated them to her students, including Ralph Balson, at the Crowley-Fizelle school, providing the foundation for progressive modernist instruction in this country.

Dangar died of cancer in 1951 and is buried near Moly-Sabata. In recognition of her great contribution to the community, a street in Sablons bares her name – Rue Anne Dangar. Her work is found in a number of collections in Australia and France, including the Musée National d’Art Moderne, Paris.

Other works by Anne Dangar