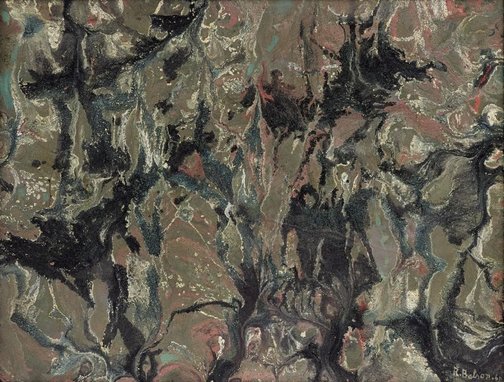 Ralph Balson is renowned as one of Australia's leading abstract artists of the mid twentieth century. Through his rigorous and disciplined approach, Balson demonstrated his single-minded pursuit of pure painting.

This painting belongs to his series of 'Matter paintings' produced in the early 1960s. In his 'Matter paintings' Balson employed fluid and automatic techniques of pouring and trailing paint on large boards. He allowed the paint to slip and bleed across the board's surface. At times the paint would coagulate in heavy layers which cracked or rippled as they dried, creating textural effects.

During his first trip abroad in 1960, Balson saw first-hand the most recent forms of contemporary painting. He visited exhibitions of American minimalist and hard-edge painting; however it was the work of the European Tachists and textual painters such as Burri and Tapiès that made the strongest impression on him.

Browse other works by Ralph Balson 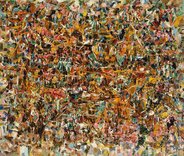 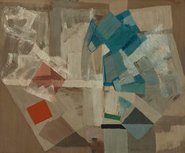