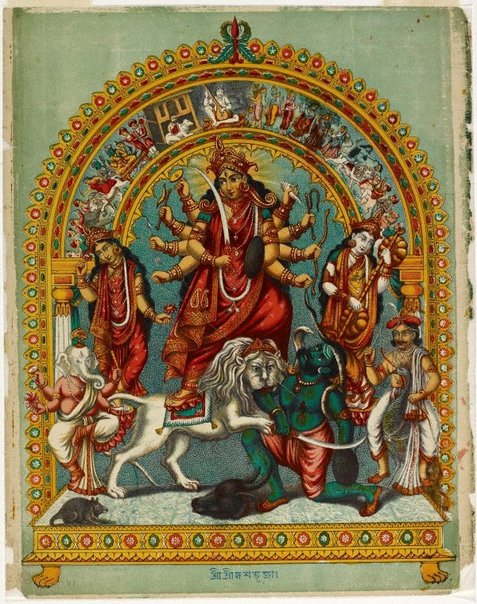 As Ravi Varma’s prints became extremely popular in the late 1800s other presses that produced similar material were established. The Calcutta Art Studio was established circa 1878 by Ananda Prasad Bagchi and four of his students from the Government School of Art. Beginning with hand coloured monochrome prints the studio quickly purchased a lithographic press and began to produce chromolithographic religious prints like this one. In this print, the goddess attacks the demon bestride her lion mount. The entire image is constructed to represent a sculpture of the scene, typically setting the action mounted on a stand and surrounded by a mandorla. One inscription, probably in Hindi, along the base reads ‘The Calcutta Art Studio.”

Browse other works by The Calcutta Art Studio