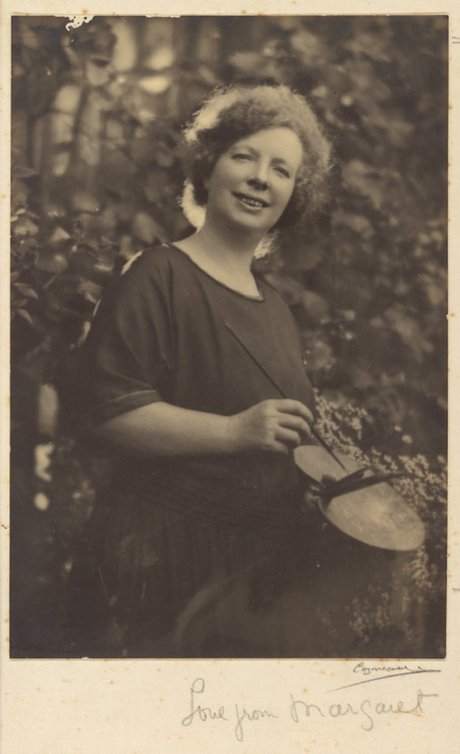 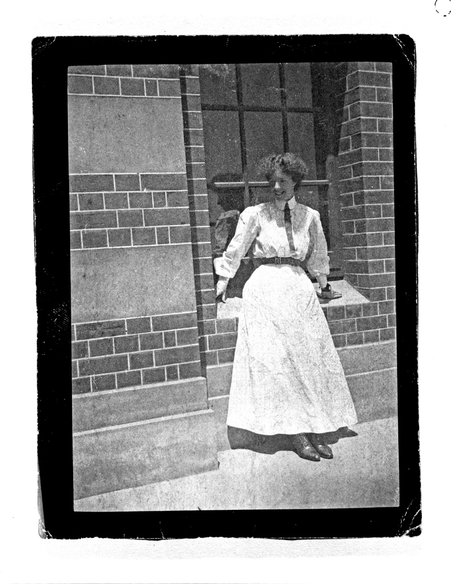 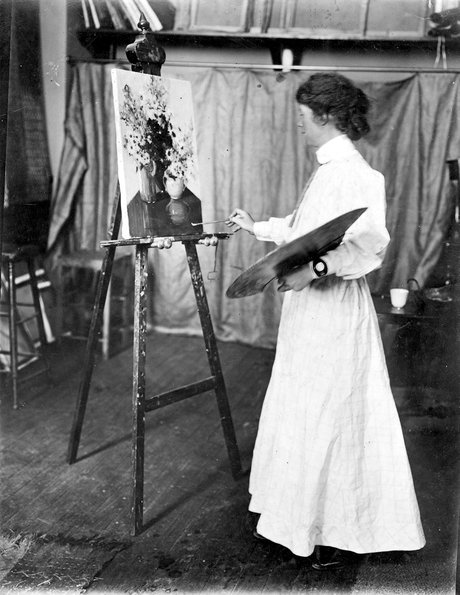 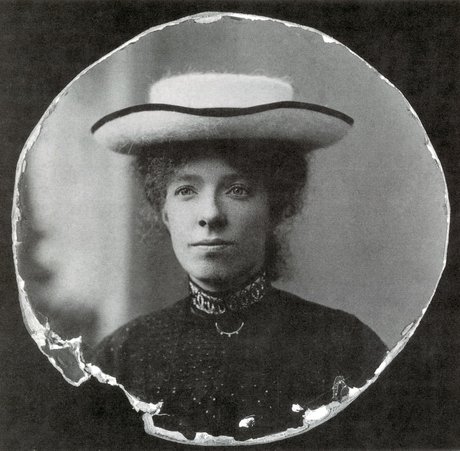 One of Australia’s most significant artists, Margaret Preston was a key figure in the development of modern art in Sydney from the 1920s to the 1950s. Renowned for her paintings and woodcuts of local landscapes and native flora, she was an outspoken public voice on Australian culture and championed a distinctly Australian style, based on the principles and motifs of modernist, Aboriginal and Asian art.

Born Margaret Rose Macpherson in Adelaide, Preston studied with landscape painter W Lister Lister in Sydney from 1888, at the National Gallery of Victoria schools in Melbourne in 1893-94 and 1896-97, and at the Adelaide School of Design in 1898, focusing on still life rather than figure studies. She travelled to Europe in 1904, studying for three years in Munich and Paris, and made a longer second trip in 1912, where she saw the post-Impressionist exhibition organised by Roger Fry in London, and exhibited paintings at the New Salon in Paris and the Royal Academy and the New English Art Club in London.

Back in Australia by 1919, Preston settled in Sydney, working on still lifes in a modernist style, informed by her experience of avant-garde art in Europe and characterised by bold geometric shapes and black outlines. For Preston, still lifes were ‘really laboratory tables on which aesthetic problems can be isolated’. Using both painting and woodcut, she stylised domestic objects and native Australian flowers into dynamic, formally precise compositions, such as Implement blue 1927 and Western Australian gum blossom 1928.

From 1926 Preston exhibited with the Contemporary Group and her work was featured in Sydney Ure Smith’s landmark journal Art in Australia, to which she contributed articles on a variety of subjects, including the role and nature of Australian art.

Preston travelled widely throughout the Pacific, Asia, India and Africa, where she cultivated an interest in non-European art and culture. Incorporating diverse styles and motifs into her work, she sought to create a visual language that engaged with Australia’s place in the Asia Pacific region and placed Aboriginal art in a foundational position – as evident in such innovative works as I lived at Berowra 1941.

In 1929 the trustees of what is now the Art Gallery of NSW commissioned Self portrait 1930 – the first such commission to a woman artist from the Gallery. In 1937 Preston won a silver medal at the Exposition Internationale, Paris. She died in the Sydney harbourside suburb of Mosman in 1963.

Other works by Margaret Preston