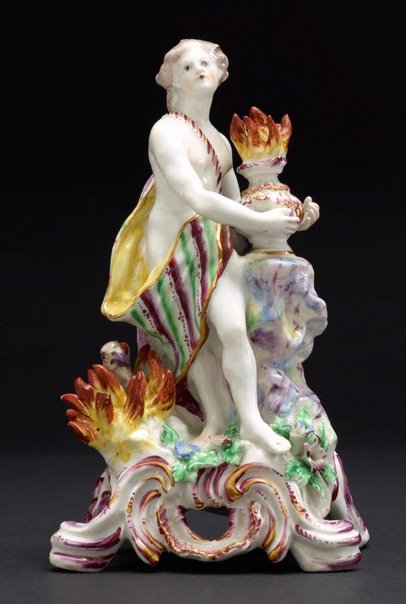 Without its rococo scrollwork base, this figure would belong to the same set of elements as Neptune (L2012.79). The base indicates that the piece comes from a later reissue of the set, adapted to the more flamboyant rococo taste of the 1760s. Fire is represented by the god Vulcan. The figures were originally modelled by the ‘Muses modeller’ from Meissen prototypes.