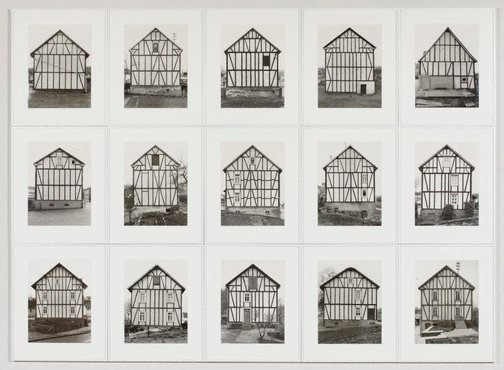 Since 1959 Bernd and Hilla Becher have produced photographs of industrial and domestic architecture. Their ordered images (which they call ‘typologies’) of blast furnaces, cooling towers, silos and workers’ houses record the monuments of a rapidly diminishing industrial era. However, the Bechers were equally driven by aesthetic considerations, with photographs of like objects assembled into groups where precise lighting and tonal density give equivalent weight to each visual element.

The Bechers’ typological practice has been associated with the formal and serial repetition espoused by minimal and conceptual art of the 1960s. Despite these connections, however, their photography has sat largely outside trends in art practice, the artists maintaining a rigorously systematic approach to their chosen subject matter. The Bechers belong to a distinguished tradition of early 20th-century German photography exemplified by the work of August Sander, Albert Renger-Patzsch and Karl Blossfeldt, all of whom contributed in different ways to the definition of ‘objective’ photography.

Browse other works by Bernd Becher 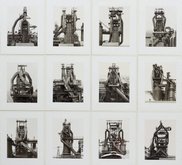 Browse other works by Hilla Becher