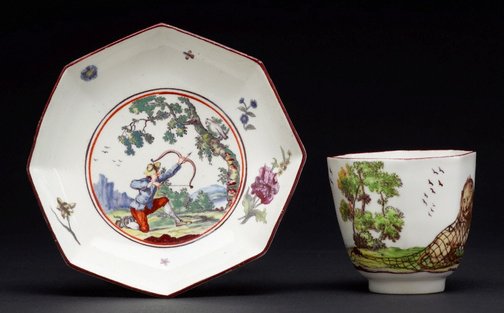 The painting is attributable to Jefferyes Hamett O’Neale. The scenes are based on illustrations in Francis Barlow’s 1687 edition of Aesop’s fables. In the ‘Lion and the mouse’, the mouse, whose life the lion has spared, returns the favour by releasing the lion from a trap (moral: no one is too weak to do good). In the ‘Ringdove and the fowler’, the fowler aims his arrow at a ringdove, but at that moment is bitten by a viper (moral: men often fall into the trap which they set for others).

Browse other works by Chelsea 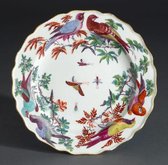 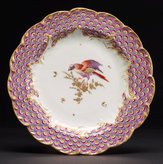 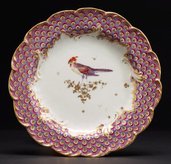